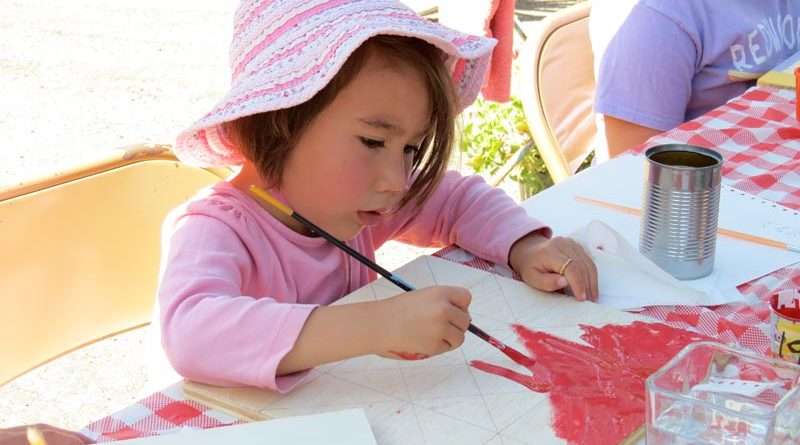 Lauren Huynh, 3, of Quincy, focuses on her work as she makes a barn quilt square during Frontier Day in Taylorsville on Aug. 24. The Mt. Jura Gem and Museum Society sponsored this day of family fun. Photos by Debra Moore
News
August 28, 2019September 3, 2019 Staff

The second annual Frontier Day hosted by the Mt. Jura Gem and Museum Society on Aug. 24 featured an array of activities to entertain the entire family.

Taylorsville and Indian Valley residents turned out to support the event, as well as visitors from throughout the county.

According to one of the organizers, Barbara Short, this year’s event focused on providing hands-on events for the children.

They could pan for gold, paint a barn quilt square or craft a candle, among many of the attractions offered, while their parents could participate in a number of contests and view exhibits.

The day began with a traditional country breakfast hosted by the Sierra Institute and went on to include moustache, best homemade pie and watermelon eating contests.

The museum was open for attendees to stroll through the exhibits and a Western gunslinger re-enactment entertained the crowd at noon.