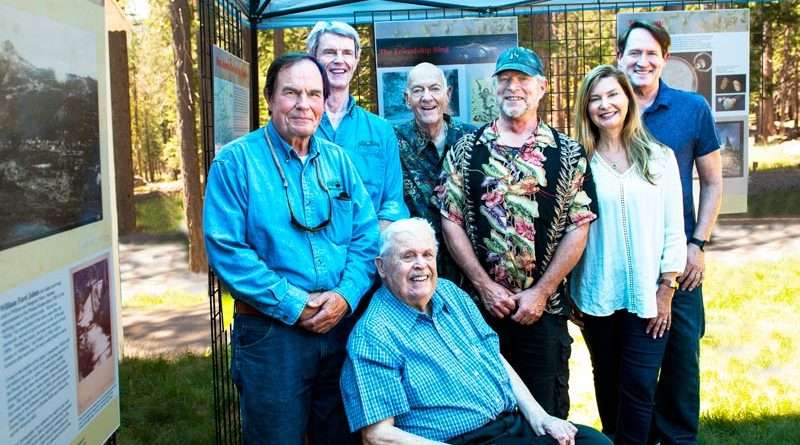 In 1873, the mines at what is now Plumas-Eureka State Park were put under the charge of a man named William Johns, who was recorded in the annals of history as a brilliant manager of mining operations. Over time, he reportedly increased the efficiency of the mine, kicking off decades of profit. In less than 10 years, the original London investors had their investments returned and shares of the company increased in value.

William Johns planned and built a second stamp mill, the Mohawk, a 40-stamp mill that was completed in 1878. As occurred with the nearby Eureka Mill, a town was quickly organized to lie adjacent to the mill.

Johns planned out a site in 1876 and a man named John Banks came from Jamison to claim land, building the first hotel and building in the town that was initially dubbed Johnstown.

By 1878, Johnsville (as the town became known) was an established community. It grew and flourished as the stamp mill went on to crush ton after ton of gold ore.

By 1882, Johnsville was a bustling, thriving town with two hotels and stables, three general stores, two meat markets and quite a number of saloons.

By 1887, much of the gold had been found and taken, and the mining towns started to fade away, with Johnsville itself nearly becoming yet another mining town to be lost to time.

Johnsville shrank to a tiny town with a population of about 15 people by the time the Great Depression arrived, but according to local anecdotes, in the 1970s, a group of local homeowners formed to preserve many of the original structures of the area, and today Johnsville is a community of about 100 people, completely contained within Plumas-Eureka State Park.

Nearly 150 years after the town’s establishment, the Johns-Ford family discovered not only the rich history of the area, but also the astounding fact that William Johns was indeed their ancestor.

Donald Ford connected with Barry Foster and his siblings, Foster being the great-great grandchild of William Johns himself. “I and my siblings are the great-great grandchildren of William Johns, the superintendent of the Plumas-Eureka Mine and the namesake of the town,” Foster explained “Don Ford and I met on a genealogy site as we were both researching our Johns family. I had been trying for years to find out what happened to William Johns’ half-sisters. Don was able to provide me with the details. Since then, we’ve forged a friendship and have helped each other out quite a bit in family research.”

After some logistics, various family members decided to meet and have a reunion at the place where it all began, a moving experience for the family, according to Kimberly Ford-Wells.

After generations, members of the Johns-Ford family came together at Plumas Eureka State Park during Gold Discovery Days on July 20 and 21, some meeting face-to-face for the very first time.

“I am so happy to be here,” said Donald Ford, surrounded by the living, breathing history he and his family had worked so hard to uncover and stitch together. “It was a great pleasure to meet Don, his daughter and son-in-law and to hear that the interest in family history was passed along to Don’s daughter Kim and to her children,” Foster said.

“I cannot tell you how amazing the experience was for me, my husband and my father,” said Kimberley Ford-Wells. “We really enjoyed meeting distant cousins and learning about the history of Johnsville and the impact that William Johns had on the area.”

Foster went on to explain, “I love participating in the Plumas-Eureka Gold Discovery Days each July as it does focus attention on the need to preserve the buildings there at the mine site in Johnsville. The Mohawk Stamp Mill that my great-great grandfather, William Johns, conceived of to extend the life of the mine is one of a very tiny few that are still standing in California, a great testament to the ingenuity needed to work the mines that California is so well-known for.

“The mill has been stabilized but still needs a large investment to save this wonderful piece of California history. I keep hoping that a generous benefactor will materialize to save the day.”

The reunion was attended by descendants of William Johns and William Johns’ half-sister, Jane Richards Johns Ford, Donald Ford, his daughter, Kim and his second cousin Irving Ford, with the hopes that all will return in the future to explore their family history further.