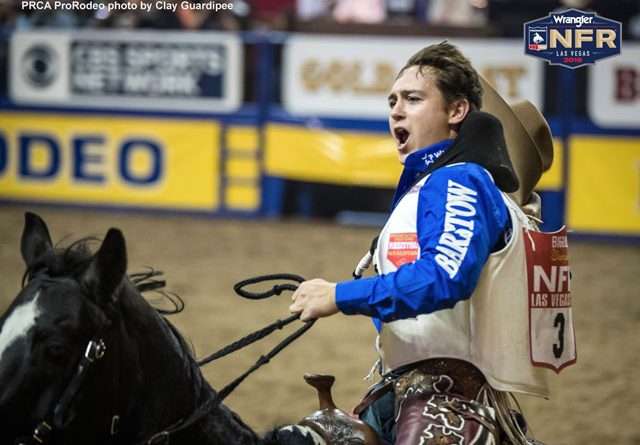 Clayton Biglow has never been afraid to dream big as demonstrated by his stated goal of qualifying for the National Finals Rodeo at least 10 times in his career. This year marks No. 6. Still a youngster at age 25, he’s more than halfway to his goal, and he’s riding as well as ever. He finished the 2021 ProRodeo regular season with $142,004 and will enter this year’s NFR in Las Vegas third in the world standings.

“From last year to this year, I’ve learned that you can’t take a second off rodeo,” said Biglow, the 2019 world champion from Clements. “There were a lot of lessons learned, and it’s hard to put into words what all I learned. I learned a lot about myself more than anything, and I think it’s helped a lot this year.”

It’s part of the maturation process for the young bronc buster. Two Decembers ago, he was unstoppable and unbeatable. He won four of 10 rounds and placed in six others, pocketing just shy of $245,000. Last year’s NFR was much different, and he wasn’t nearly as successful as he had hoped. He turned that disappointment into motivation, and he’s reaping the rewards because of it.

That’s true. Cowboys travel tens of thousands of miles each year getting from one event to another. There are two broncs in a day, then there are other times when it’s an overnight drive just to get from Hermiston, OR, to Sikeston, MO, for more bucking horses.

Not only that, but the cowboys cinch their riggings tightly to the horse’s back. Using specially designed gloves with binds built into them, they’ll then wedge their hands into the rigging; their bodies are strapped to 1,200 pounds of equine dynamite.

He may be right. Among this year’s NFR qualifiers are eight men who have been to the championship at least five times, three of whom have won ProRodeo’s gold: Biglow, three-time champ Tim O’Connell (second in the standings) and five-time and reigning titlist Kaycee Feild, who is fifth on the money list and is competing at the finals for the 12th time.

Also in the mix is R.C. Landingham of Hat Creek, who is returning to the NFR for the first time since 2017. He’s gone through a list of injuries and surgeries and spent the 2021 campaign traveling with Biglow, and the two fed off each other enroute to playing for the biggest money in rodeo over 10 days in the Nevada desert.

“I think the key to my season was staying positive,” Biglow said. “I worked out a lot more this year. I was more in tune with staying in shape and keeping my mind right, and I think that had a lot to do with it. R.C. was a big help to my year. It was a lot easier get things done with that guy around.”

That type of mental assurance is key, even though the two are built quite differently. Biglow is 5-foot-6 and weighs in at 150 pounds; Landingham is seven inches taller and weighs about 160.

“We have a completely different build but a lot similar mindset,” Biglow said. “It’s hard to find a better guy. You could probably make a documentary about him and what he’s been through. He’s really underrated, and he’s a hell of an inspiration.”

Landingham is also a support system, just as Biglow is to him. That’s part of what happens when cowboys travel together. They become more like family members, and Biglow has a pretty solid family to support him, from his wife, Annie Rose, to his parents, Russ and Jessie, to his sisters, Taylor and Maddie.

After his fantastic 2019 campaign, Clayton and Annie Rose began the process of building their own place not far from where Clayton was raised. It’s still in the works.

“We started this process a year ago, and COVID was a terrible time to build a house,” Biglow said with a laugh. “We’ve got the ball rolling now. Married life is good. We’re living in a trailer waiting to move into the house. The trailer is becoming a little insane, but we’re working through it.”

Biglow hopes to return to his home after the NFR concludes and roll right into the holidays, while also reflecting on a superb year and build off it. He won 12 rodeos in 2021 and also added an all-around title while team roping in Stonyford. His biggest title came early in the season when he snagged the championship this past February in San Antonio, TX.

“I was fresh off the finals, so to get a big win like that after the finals I had was absolutely incredible,” Biglow said. “Usually after the finals, I just hang out and enjoy being with my family. The day I got home last year, I started working out again. I was sick to my stomach with how the 2020 NFR went.

“San Antonio was basically my first rodeo of the year. It felt great, and it started me off well for the rest of the year.”

“Las Vegas is a 10-round fight,” he said. “You have to ride them to the best of your ability. If you don’t do that, you’re not going to walk out with a gold buckle.

“Every year I go back, I want to have the same kind of finals I had in 2019. I drew great in every round. Luck was 30 percent of what was going on that week, because sometimes it’s the luck of the draw, but it definitely all worked out the way I wanted it to.”

Biglow will have another shot over 10 December nights in the Nevada desert.