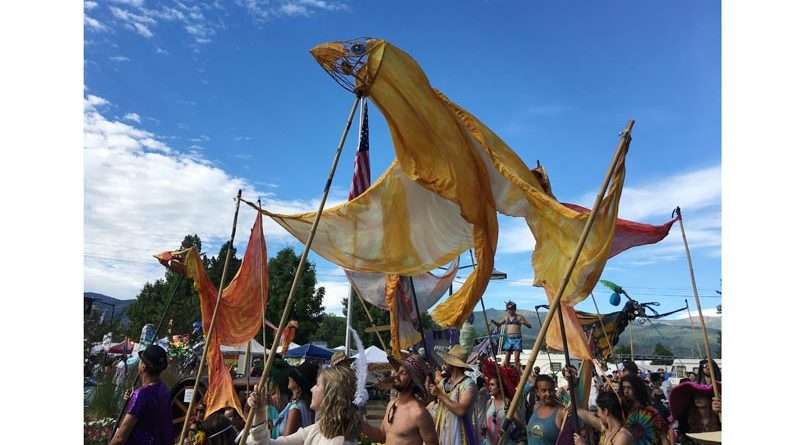 High Sierra Music Festival has come and summer is a little different. “Visually there was a lot less in attendance, but it seemed to be more pleasant,” said Plumas-Sierra County Fairgrounds Manager John Steffanic.

“People seemed to like it, to be happy, and promoters did not seem disappointed. Maybe they hit a sweet spot,” said Steffanic.

The Plumas County Sheriff’s Office seemed to agree. Patrol Commander Todd Johns reported that activity related directly to the festival resulted in 19 calls from the fairgrounds. Dispatch received 13 911 hang-up calls, one call for medical aid, one call about vandalism, one case of public intoxication and one for fire. “The folks that came up to the county this week were very well behaved,” said Johns.

Comparatively, county-wide PCSO received a total of 287 calls from July 4 through 8 (the period of the festival). Nineteen arrests were made; 12 came from CHP. There was one search and rescue, 32 medical aids, three calls about public intoxication and three calls about domestic violence.

During the event, Quincy can seem a bit like a ghost town, as locals and visitors are all drawn over the hill to the music and festival hulabaloo. But as folks arrived on Wednesday and upon departure Monday, downtown becomes incredibly congested. The usual Quincy traffic jam at 8 a.m. and 5 p.m., with 10 cars, magnifies in tremendous proportions. Sheriff’s deputies and CHP try to funnel the long lines of festies in RVs and cars through town and out to the music event site.

“We always do really well; it’s our biggest weekend of the year,” said local business owner Holly Callahan, “It’s a lot of work but we are grateful for all the business the festival brings to town.”

Sharrill Irons at Quincy Natural Foods Co Op said, “We did very well this year, it was a nice and busy for us.”

Patti’s Thunder Café was so busy Monday morning with departing tourists that they weren’t answering their phone.

The Toy Store, home of The Scoop ice cream station, “did great,” said shop owner Matthew Kitchens. “We had a real up tick, we did even more than last year.”

The hot weather doesn’t hurt the attraction of frozen treats for people on vacation. “The ice cream bring folks in and then they see all the toys and clothes and one thing leads to another,” said Kitchens.

Inside the fairgrounds the weekend weather was perfect, not too hot, with a nice easy Sierra breeze periodically. It didn’t rain, which is always a huge plus, but the evenings were cool enough to thin mosquito activity and make a sleeping bag in a tent a nice, cozy space in the wee hours.

Troubadour sessions were packed to the gills until their conclusion, running past 1:30 and 2 a.m. On the flip side, yoga classes and early morning kickball continued growing in popularity each day through the four days of the festival as word spread.

Positive comments about the music selection were made all across the board and genre spectrum. The Thursday opening evening Grandstand show kicked off to a three-quarters-filled stadium for energetic Pigeons Playing Ping Pong. The closing show Sunday was just as equally popular for Greensky Bluegrass as the band leaned a little psychedelic, twisting their genre bar.

The majority of folks came early and stayed late. Sunday talk was all about “next year” and what additional things to do and bring for a fun weekend. Most waited until the final chord was struck and the last note sung before packing up to head home, until next year.