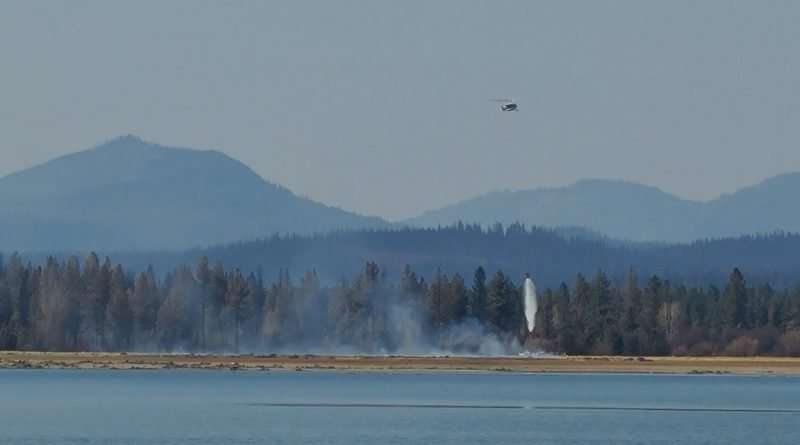 Firefighters are putting out a flareup along the north shore of Lake Almanor this afternoon, Sept. 13, using a helicopter and engines. It is adjacent to Chester and east of the airport. Photo by Greg Stelzner
News
September 14, 2021 Editor

During their briefings, Dixie Fire management teams refer to the calls for service that they receive as area residents reports smokes. Such was the case this afternoon on the shore of Lake Almanor as a helicopter was called in to douse the hotspot.

These flareups will continue until winter finally puts out the fire, though even then, fires can reignite the following year as occurred this summer in the footprint of the Claremont and Bear fires.

As of this morning the Dixie Fire was 75 percent contained, though that number is higher in Plumas County, at 91 percent.