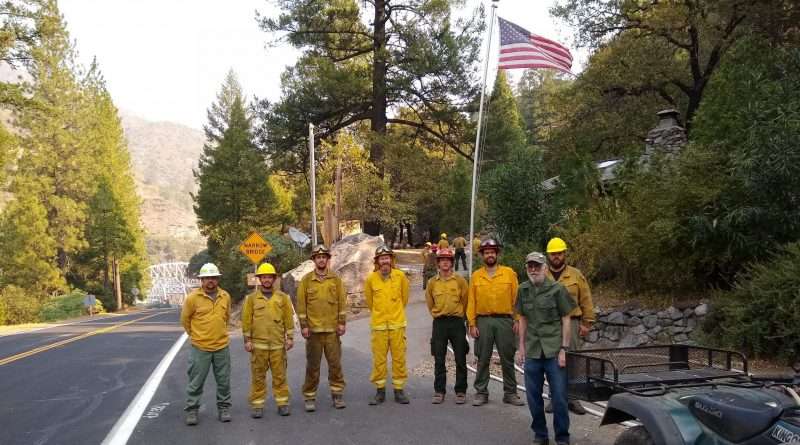 Editor’s note: The North Complex Fire, which has began Aug. 17, is now threatening critical infrastructure in the Feather River Canyon where residents have been evacuated and the Highway 70 corridor closed for a time. It is now open to controlled traffic for a four mile stretch beginning just east of Tobin and going four miles to the west. Jeffery Wilson of the historic Tobin Resort shared this information and photos.

The North Complex fire has had us in smoke for most of the past month and a half. Eventually the fire came over the mountain from Grisly Forebay into the Feather River Canyon on Sept. 27. Over half the 17 residents evacuated then. Since then fire crews have been working around the clock to provide a safety zone of fire lines and hoses around the town.

On Oct. 3 in a ceremony to honor and thank the crews for all of their hard efforts, a flag raising took place at 10 a.m. in front of the lodge along Highway 70.

We have had many appreciative comments from the crews for the honor given them. We, of course, are thankful and thrilled to have them all here saving our town and homes.