Valborg, a resident of Johnsville for many years, taught anthropology at Feather River College from 1990 to 2004.

Though Valborg was born in California, she said she has always felt a stronger tie to the ancient world than to the culture in which she grew up. She identified with Homeric warriors and, as she came of age, found herself at odds with the expectations of feminine behavior surrounding her.

She tried marriage, but was divorced and lost custody of her daughter. At that time in her life, she felt lost and adrift, but a door to the past opened and she found herself in a remote village where she lived among descendants of the ancient Spartan warriors she had dreamed of as a child. She entered a world that had barely changed for centuries, where customs and modes of subsistence were frozen in time.

“The book is a memoir dealing with a period of time in my life when I lived in a remote village in southern Greece among people who followed an ancient way of life bereft of electricity, plumbing, or any of the gadgetry of modern life,” said Valborg.  “The story is steeped in Greek history, mythology and culture.”

“Odyssey to My Daughter” recounts her  journey, opening a window into a way of life that tourism has all but annihilated. It tells the story of a young woman’s awakening to the everlasting truths of sisterhood, motherhood, and the bonds of family amid the harsh landscape of southern Greece. As the seasons slip by, Valborg finds she has made some of the most meaningful relationships of her life, and she does not want to return to California. But a letter from her father warns her that he is close to death and her daughter is growing up with only letters to remind her of her mother.

The book is available online through Amazon, Barnes and Noble, Target, Walmart and other retailers.

Valborg was educated at the University of California and the University of Nevada at Reno. She taught anthropology for 30 years and has done extensive cultural research in Greece, India, and among the Mountain Maidu people in the Eastern Sierras of northern California.

Her monthly ‘Symbol’ articles were published in Hermes magazine from 1975 to 1989 and Symbols of the Eternal Doctrine was published by Theosophy Trust in 2006. In addition to writing, Helen spent several years studying and recording native rock art in Nevada and is an artist, specializing in landscapes and themes inspired by ancient petroglyphs.

She now lives in the high desert of northeastern California, where buckaroos still drive cattle on horseback and people wave when they pass on the road. 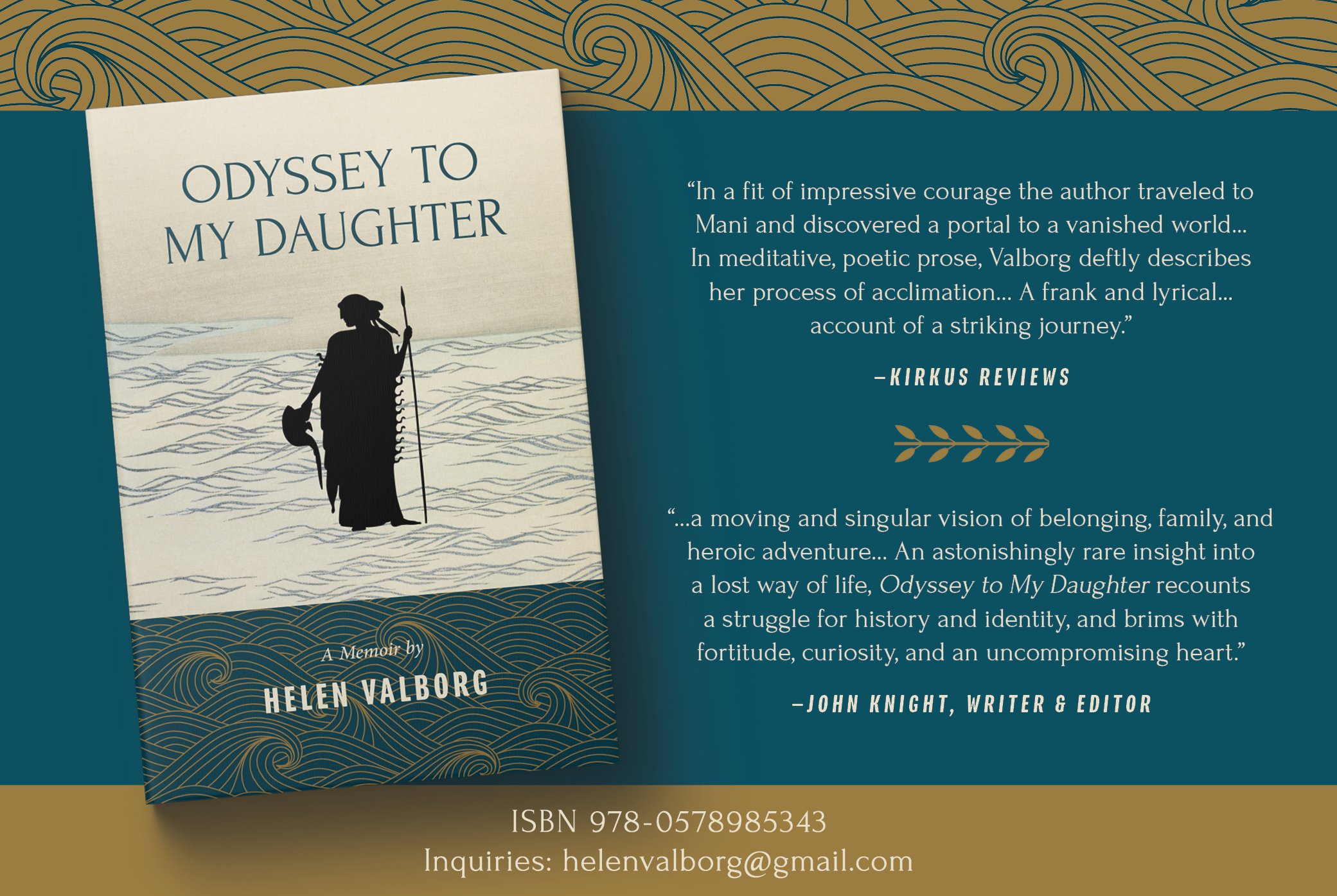