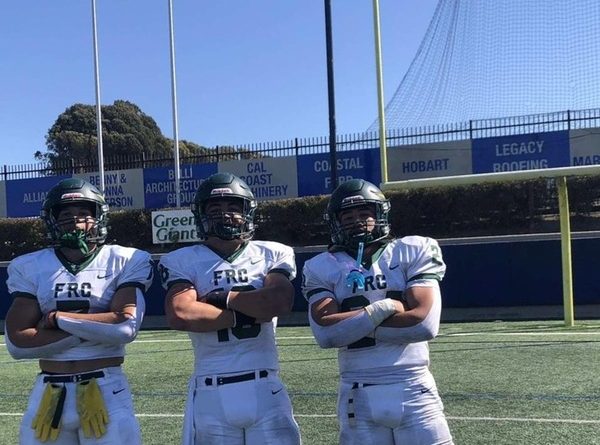 The Feather River College football team won its 13th consecutive game, dating back to last season, against Monterey Peninsula College on Saturday, Sept. 17 by a 40-22 score. The win improved the Golden Eagles to 3-0 on the season, with two of the victories coming on the road.

Sophomore Quarterback Jared Taylor completed 18-of-25 passes for 208 yards and one touchdown. His touchdown toss was on a spectacular catch by Sophomore Wideout Jacob Backus. On the ground, Taylor ran 15 times for 89 yards and one score.

Up next, the Golden Eagles hit the road again against Yuba College on Saturday, Sept. 24 for a 6 p.m. kick off.