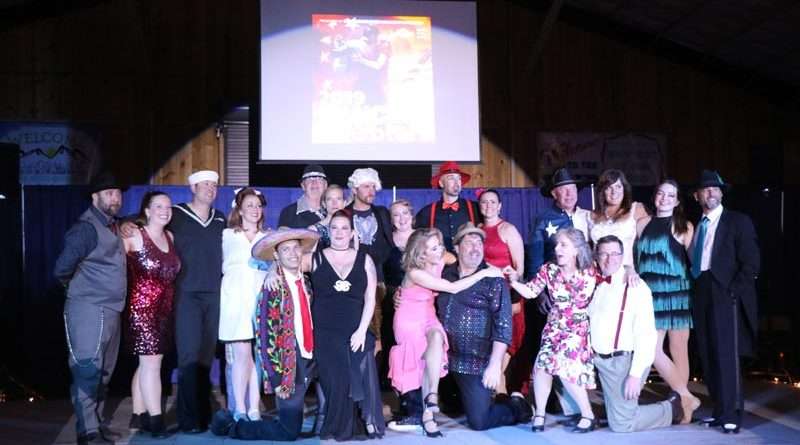 The Feather River College Foundation’s Dancing With the Stars 2019 was an event to remember, and the audience would do well to remember because it is only held every other year.

With 10 couples competing for the gold, silver and bronze, the competition was fierce, the dancing stupendous and the entertainment was extraordinary!

Couples are assigned a dance and a genre, and have one short month to master their performance. This year, thanks to the choreographic direction of Kim Retallack, couples brought on their “A” game.

Each performance was introduced with video interviews of the couples along with rehearsal bloopers on a screen atop the dance floor. Following their two-and-a-half minute dance, couples were judged by four experts in their respective fields:  Lisa Grant, Frank Carey, Michelle Fulton and Lisa Hatzell.

The winning couple, Stephenie McMorrow and her father Steve Wallace, were hitting the dance floor again after a 15-year hiatus and danced the mambo. Second place went to Sara Taylor-Mayes and Riccardo Jacobus dancing a swing, and in third place, dancing the foxtrot, was Lindsey Kimzey and James Shipp.

First, second and third places were separated by less than 5 points so the judging was extremely difficult. Selection is based on a combination of audience applause (believe it or not, there is an app for that) and the judges’ rigorous scoring.

For information on competing in the next show, contact Fundraising Chair Lisa Kelly who is also, by coincidence recruiting for the Quincy Star Follies!