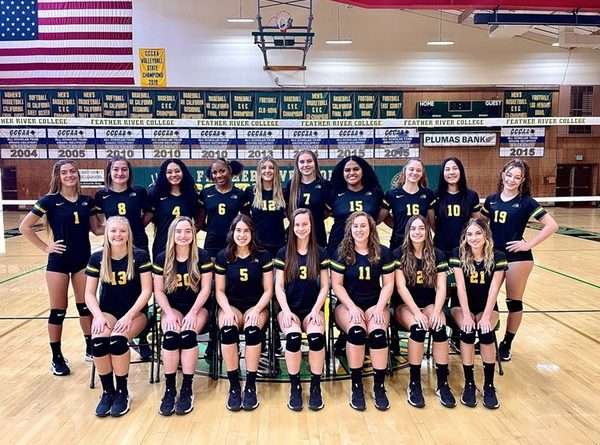 The Feather River College Eagles volleyball team is playing Hartnell this Tuesday, Nov. 23, in Round 1 of the CCCAA playoffs at 6 p.m. on their home court. The women have been gliding over the competition all season winning their last six competitions in a row by scores of 3-0, that’s zero for the opposition! Go Eagles!

In the most recent victory on Nov. 12, Butte vs. FRC, on the Roadrunner home court, Carissa Chainey is credited with 11.5 points. Courtney Oilar pulled 9.5 and Hannah Shamblin-Taylor is credited with 7.5 for the Eagle total of 51 points. Chainey and Oilar both pounded 9 kills each on the Butte Roadrunner foe. Sydnee Rowe, Lelaau Molia Tuia, and Callie Muniz all landed 5 kills.

This is a banner year for Eagles volleyball. Many still remember how very recently the lady Eagles went all the way to the State Championship. It looks like coach Sarah Ritchie has set her sites high once again and the Feather River College women on board all the way!