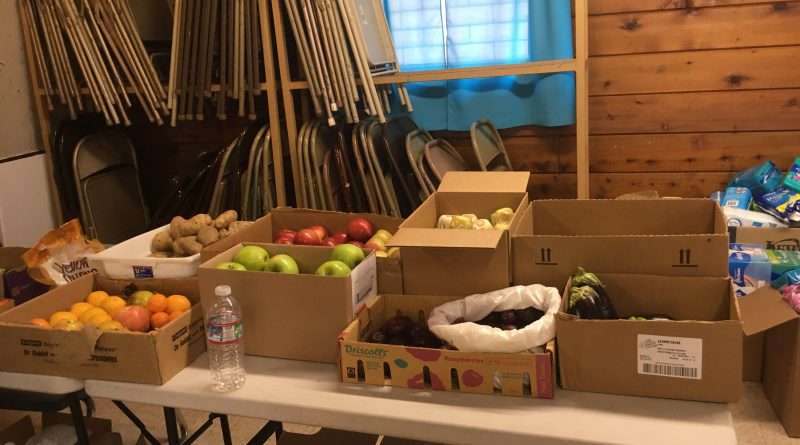 “Every time fire happens, this is what I do,” said Scott Rice at the end of a long day at the Relief for Evacuees center at the Grange Hall in Quincy on Lawrence Street. Two volunteers came in with an old truck with items to donate and other items to go out and to distribute to evacuated people camping out away from fire.

Rice has some requests as people come to donate to the cause to help out people who’ve lost their homes and businesses in Greenville, Indian Falls, and the Canyon.

First off, no more clothes. It seems people are emptying their closets of mostly winter old winter clothes that are not needed at this time.

What is needed is new underwear and socks for children. Also two-person and four-person tents are needed along with mini-cook stoves (see photographs).

They have fresh fruits and vegetables and non-perishable staple food items to give away, plenty of bread too. There were boxes of toiletries and incidentals down to even saline solution for contacts and eye drops. They also have boxes containing ‘a bed in a bag’—everything someone needs to get a night’s rest no matter where they are.

Anyone needing anything is welcome to come by and take what they need.

Rice is largely doing this on his own as a volunteer as are the people working with him. Various businesses in the area are donating food items. Grocery Outlet, for example, is a major donor of food and other items.

For evacuees, the pop-up center at the Grange Hall is open seven days a week from 10 a.m. to 5 p.m. Rice, however, will run down and open up the center if someone shows up in need of food, clothing, toiletries or camp gear outside of the times the center is open. He urges people to call him directly at (530) 927-9833.

.  Rice has seen some heartbreaking stories since the DixieFire consumed Greenville on Aug. 4. People who have camped out and had to move continually as they were told they couldn’t stay where they had first evacuated. The other day he saved a bed-in-a-bag for a woman who was sleeping on hard ground. There are more of those coming with truck shipments due tomorrow.