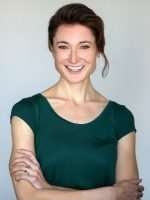 Last year, Greenville High School alumna Kerstin Porter debuted her web series Round Valley: A Small Town Conspiracy at the Greenville Museum, which you can now watch online. Since then, with the pandemic, the film industry has been struggling to make new content. Many productions shut down due to an increase in costs and safety concerns, especially indie films. But Kerstin had the extraordinary opportunity to be in one of the few because it was filmed all on Zoom.

Christmas Staycation (www.XmasStaycation.com) is a feature comedy film about a family who can’t make it home for Christmas, so they bring their dysfunctional family Christmas online.

Our protagonist, Alice, waits until the morning of Christmas Eve to tell her father that she and her husband won’t be home for Christmas. When they tell him, she finds out her two siblings, Charlotte and Tommy also waited until the last minute to tell their dad. He thought they were all coming home this year and is incredibly disappointed.

Alice decides to throw a virtual Christmas party for her father and invites all of her wacky extended family to make it up. Things get complicated when her dad doesn’t want to go unless she keeps three Christmas conditions. Now, she has less than eight hours to pull off a virtual Christmas miracle.

Christmas Staycation was filmed entirely on Zoom in actors’ homes in Los Angeles and across the nation. This is a Christmas comedy that 2020 needs. The film is incredibly relatable since millions are staying home this Christmas. It also creates humor from the pandemic and demonstrates that even though we can’t physically be together, we can still be together.

It’s packed full of hilarious jokes, eccentric characters, and a fast paced-energy that makes you forget you’re watching a movie that was all filmed via Zoom. From ex-convicts who crash the virtual party to Zoom-A-Santa’s, this film is incredibly entertaining from start to finish.

You can currently watch the film for free at www.XmasStaycation.com 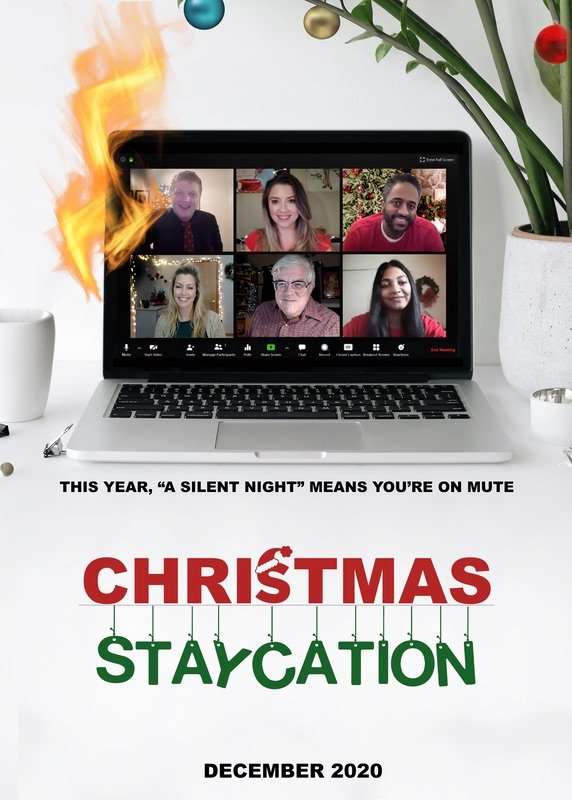