Skip to content
Obituaries Vitals
August 2, 2020 Editor
Glenn Dean Michael
…born Feb. 27, 1940 in Rapid City, South Dakota to Claude and Mary (Burnham) Michael.  Glenn was number 10 of 15 children.
The family moved several times throughout South Dakota,  Missouri and Kansas.
Glenn married Dora Ortiz of Hartman, Colorado in 1960, to which 4 children were born. They made their home first in Hartman, Co., then Greenville,  California and finally in Quincy, California, where Glenn lived until his passing on July 16, 2020 at his home, surrounded by family and friends. 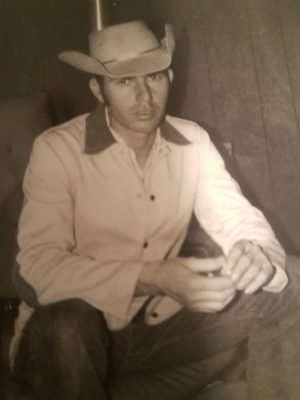 At a young age, Glenn worked for a farmer in the Dighton, Kansas are
Soon after the birth of their first child, the young Michael family moved out west to Greenville, California, where jobs in the lumber industry were booming. Glenn performed various mill jobs, from running forklifts to sawmill planer, pulling and stacking planks of lumber, working at the chipper and everything in between.  Eventually he worked his way up to Jr. Mechanic  and finally Head Mechanic  at Sierra Pacific Industries of Quincy, California.
Glenn took an early retirement in 1995.  After retiring from the mill you could find him out cutting fire wood or fishing, all over the Plumas County forests, lakes and rivers. Deer hunting was always a must in his adventures.
Glenn very rarely asked for, or hired help.  If something broke down, he fixed it.  If something needed to be built, he would build it. If looming pine trees needed to be cut down above homes, he climbed them and, piece by piece, cut them down.
He was a fire fighter, back in the days when the lumber mills would shut down  so all the mill workers could go help the forest service fight the forest fires.
He enjoyed working in the pits as a crewman for his brother Cliff and nephew Cliffie, during their stock car racing events.
He was a craftsman. He enjoyed making wooden characters and toys out of wood scraps, and building and crafting hanging tin-men from discarded tin cans and various tin and metal pieces.
In retirement he rested by helping dig trench lines and installing plumbing and sewer lines in East Quincy.
He was his own butcher.  It was always a family affair when it came time to butcher a deer or a hog, boning fish  or dressing  ducks and quail, or even boiling up a meal of crawdads.
There were many, many fishing trips over the years between all the surrounding mountain lakes, and just as many camping trips during  deer season.  He loved it all.
Preceding Glenn in death were his parents Claude and Mary, his stepfather Walter Wood, his brothers Clyde, Bert, Arthur, Melvin, Floyd, Clifford, Lorrin Dee, Donald, sisters Violet, Ethel, Myrtle, Mary and Charlotte, daughter-in-law Joyce,  and infant twin grandsons Timothy and Christopher.
Glenn is survived by his wife of 59 years, Dora, son Thomas and wife Cathy, daughter Glenda and husband  Ross, son Terry, daughter Julie, grandchidren Jessica,  Glenn, Tommy and Zackary and their families, Deidre, Kellen, Evany and Dalton and their families, Naomi and Madeline, Amber and her family, and his one surviving brother Orrin Lee.  He is also survived by countless nieces and nephews and close friends who shared his fondness for the forest and the treasures of activities within.
Glenn, this ‘Giant-of-a-man’ will be missed greatly but, he returns home where he is reunited with his close brother Clifford and best friend Joe Murphy,  where they can hunt, fish and chop wood all of their heavenly days.
Glenn was attended by Blair Mortuary of Quincy, California and cremated as per his wishes. In lieu of a service, family and friends gathered for tall tales  and remembrances.