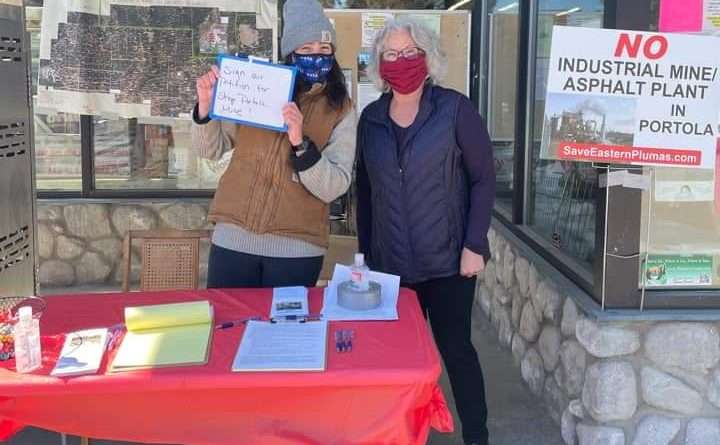 Members of the community in a grassroots effort called Save Eastern Plumas are continually working to spread awareness and information to the public about a proposed mining operation which would be located at 77413 Meadow Way, Portola — just outside the City of Portola, but within the sphere of influence.

After wrangling with technical difficulties at the Board of Supervisors meeting held Tuesday, March 2, Shayna De Silva was one of four voices that attended the meeting via Zoom, reiterating to the board that many in the City of Portola and within the sphere of influence remain in absolute opposition to the project.

Many residents have stressed the potential hazards that such a project could pose to the health and vitality of the community, in everything from health hazards to the potential for negative real estate impacts.

With the many voices raised in concern over the future of Portola, the League of Women Voters in Plumas County will be hosting a panel discussion via Zoom on Wednesday, March 10, at 6:30 p.m. to arrange for moderated discourse between Perry Thompson of Hat Creek Construction and the concerned citizens of the community.

Those that wish to learn more about Save Eastern Plumas are invited to visit Saveeasternplumas.com as well as attend the next Plumas County Board of Supervisors meeting either in person or via Zoom on Tuesday, March 9, at 10 a.m. More information on the proposed mine is also available via the County of Plumas at www.plumascounty.us