Local Plumas County attorney Bret Cook and partner Potter, Handy, Parkinson & Benson, have filed a lawsuit “Case No. CV21-00187” on Thursday, Sept. 30, 2021, against Pacific Gas & Electric for its role in allegedly causing the catastrophic Dixie Fire in Northern California. The law firms represent more than 500 victims of the fire that burned nearly 1 million acres, destroyed over 1300 structures and leveled the historic Northern California community of Greenville and neighboring communities. The fire is the largest single wildfire in California history.

According to the complaint filed in Plumas, the Dixie Fire started on July 13 when a tree came into contact with PG&E’s power lines located near Cresta Dam in Feather River Canyon. The complaint alleges that although PG&E was on notice of a power outage near the Cresta Dam early that morning, the utility company did not consider the event urgent, failed to send a repairman to the scene for many hours, and failed to shut off power in the area. The lawsuit alleges that PG&E’s negligence in maintaining the vegetation around the power line, along with the power company’s failure to properly respond to the situation in a timely fashion, led to the massive fire that could have otherwise been avoided.

“Unfortunately, this appears to be another example of PG&E starting a massive fire in California that could have been avoided if the company had taken proper preventive measures and acted appropriately,” Parkinson said, “I am honored to represent so many good people of Plumas County. I understand the suffering they are going through and want to get them the compensation they deserve for their devastating losses.”

Parkinson said he has previously represented victims of wildfires throughout the state for the past 10 years and is honored to be partnered with local attorney, Bret Cook, who brings his diverse legal practice and intimate knowledge of Plumas County to the case. Cook has lived in Greenville and practiced law in Plumas County for the past 18 years and said he is excited to be working with Potter, Handy, Parkinson & Benson to bring justice to his community.

The Dixie Fire destroyed the Cook’s family home and his law office. “The fire not only destroyed homes, buildings and trees, it devastated my community. I am committed to holding PG&E accountable and bringing some measure of justice to my friends and neighbors, Cook said. He hopes the lawsuit will help the community start the rebuilding process: “We are resilient. This event has been painful for so many. But there is a desire in the community to rebuild and come back stronger than ever. My goal is to help everyone have that opportunity.”

By Debra Moore [email protected] A third candidate has joined the fray to represent the newly formed 3rd Congressional District, which…

According to the most recent data posted by the Plumas County Public Health Agency,  today, Jan. 24, the county has… 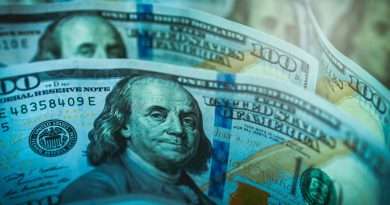 The Quincy Rotary Club is selling 50/50 raffle tickets for its upcoming fundraiser. Half of the proceeds will go to…