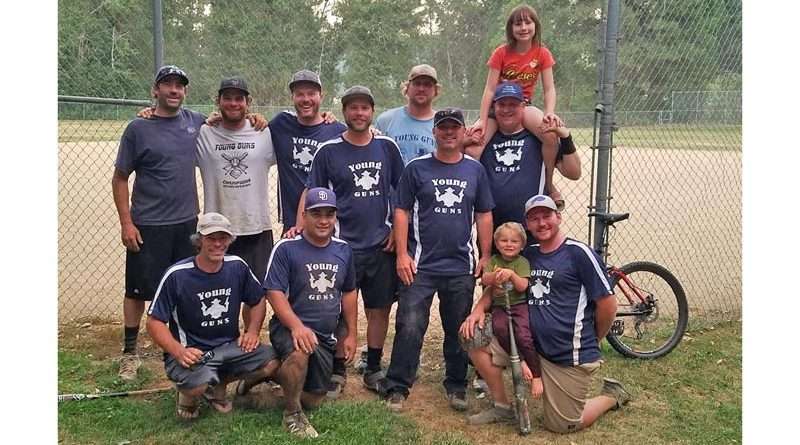 There is something really cool about watching softball games on a hot summer night in the Lost Sierra. Hotdogs and icy drinks are the perfect companion for this favorite pastime.

And this season, the Central Plumas Recreation and Park District (CPRPD) sponsored some exciting games featuring locals who have a genuine passion for the sport.

Reporting on the close of the 2019 CPRPD adult softball season that ran May through the beginning of August, Recreation Supervisor Kyle Stone said there is big news this week.

“In the exciting Co-Ed Thunder Division, a champion is yet to be determined as The Beers and Hooligans will face off in the coming days to determine a league champion,” Stone announced.

Both teams finished with a 9-3 record and equal wins head-to-head, so a championship playoff game will settle the score.

For more information about this event, call the Central Plumas Recreation and Park District at 283-3278.

The recreation supervisor explained that a total of 16 teams competed this summer.

He said the CPRPD men’s, women’s and co-ed divisions came together to create a very fun summer of softball.

“Adult softball is an awesome program in that it provides a great opportunity for families and friends to get together, get outside, be active and have fun,” Stone remarked. “We had a couple of new teams form and join the league this year, which is always great to see.”

The adult softball games were held on weeknights in Quincy at either Gansner Park or Feather River College. Stone said the rainy weather in May wreaked some havoc on the scheduling, but the rec district still managed to get all of the games in.

And the results showed how competitive this recreational sport can be.

In the Men’s Division, Stone reported the Young Guns narrowly took the title home with a 10-5 record. In the Women’s Division, Rusty’s won the championship with an almost perfect 11-1 record.

Stone said Hot Spot claimed the title record once again in the Co-Ed Lightning Division with an 11-1 win.