Howard Lee Morrison, Junior, was born February 25, 1941, in San Diego, California, to Howard Lee Morrison and Blanche Jackson. On October 20, 2021, Howard passed away in the loving care of Logan Health healthcare workers with his wife Judy by his side. 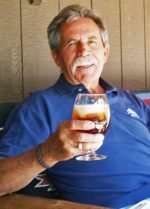 Howard spent his childhood years in Kentucky and these years were some of the foundations of Howard’s legacy in story-telling. He graduated high school in San Diego after the family relocated to California.

While living in San Diego, Howard met the love of his life, Judy, and started a family. During his time in southern California he worked for Coca Cola and Hostess. In 1978 they moved the family to Quincy, California, where Howard operated his own business “Morrison & Sons Vending.”

The family spent time enjoying the outdoors, playing cribbage or horseshoes and had many memories at the family cabin at Buck’s Lake.

Howard was known for his humor, wit and story-telling and these traits are what his family will carry-on. He loved a free hot dog when he got the chance and will be remembered for placing bets for who would win the round of golf.

In the early years of retirement, Howard and Judy divided time between Desert Hot Springs, California, and Montana before retiring in Big Fork, Montana, in 1999. During their years in Big Fork, his life was enriched by good friends, playing golf, meeting friends for beers and yearly camping trips with friends.

He is survived and loved dearly by his wife Judy, his sons Troy, Dutch, Travis, Jesse, daughter Elizabeth, seven grandchildren and his sister Dorothy.

Howard is preceded in death by his father Howard and his mother Blanche.

A private memorial will be held at a future date and will be announced.