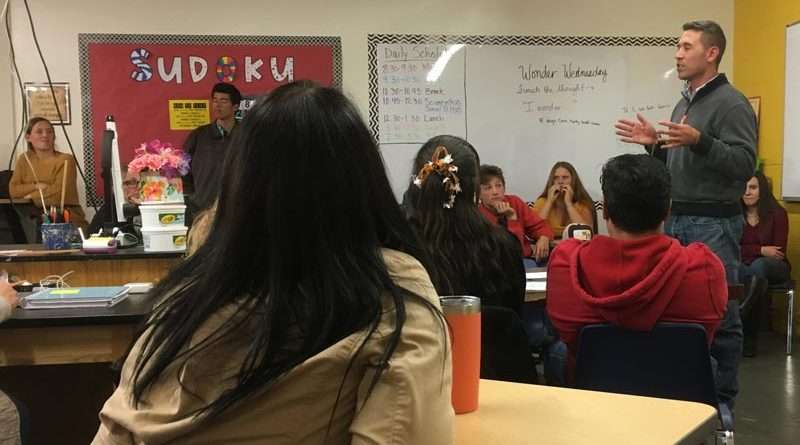 In an effort to give students more opportunities to practice public speaking and to cut procrastination off at the pass, Indian Valley Academy teachers sponsored “Showcase Launch Night” on Oct. 30.

The students, organized by grade level, gave five-minute proposals of their projects some with vague and some with more detailed business and finance plans with mentors picked out.

Many of the projects aligned with the school’s maker design and project-based learning mission such as advanced woodworking, small businesses, leather working and options in nursing.

Also at the meeting, IVA director Ryan Schramel announced the just-released results of the California Department of Education Smarter Balanced Assessments of math and English language arts. Indian Valley Academy scored highest in the county with “an ELA score of 56 and math score of 40,” said Schramel. EdSource website has the results of all schools in the county on the caaspp.edsource.org website.

This was the fifth year of the test, which is based on the Common Core State Standards, and tests third through eighth grades and 11th grades.

The school also announced its fifth annual Thankful Day on Nov. 22 where there will be a school wide personal development and life skill-building workshop followed by a community service project and soup and pie contest.