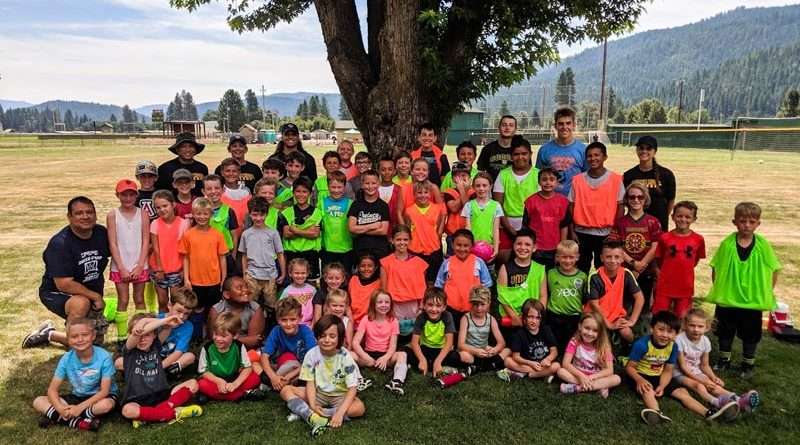 Joseph “The Jet” Cairel is a well-traveled professional soccer player.

He has competed internationally in Brazil and played for the Burlingame Dragons in the Premier Development League, the Tacoma Stars in the Major Arena Soccer League, and will be joining the Ontario Fury this coming fall.

But for one week in late July, Joseph was in our small community of Quincy leading the Central Plumas Recreation and Park District’s

We were beyond thrilled to have Joseph as one of the leaders for our youth soccer camp. To have somebody with that much professional playing experience working with our campers was very exciting.

The camp included 62 local soccer players participating over four days where they focused on technical skill development and game application.

This is one of the best camps we have ever had! It’s not everyday that our youth have the opportunity to spend time learning from a professional player. We had a good turnout and the kids had a great time experiencing a lot of new instructional material incorporated by the camp leaders.

CPRPD also had an exceptional crew of camp leaders.

Danielle Smith co-led the camp with Cairel. Smith is a soccer alumna from Feather River College and New Mexico State University and she is currently FRC’s assistant soccer coach.

Our soccer players also benefitted from having Cairel’s dad Artie and Artie’s wife Cindy as volunteer instructors. Artie Cairel is in his second year as head coach of the FRC men’s and women’s soccer programs. He connected his son with CPRPD and Joseph generously offered to work with our players.

Juan Nunez, who plays a large and supportive role in CPRPD’s fall soccer program, also volunteered his time to help run the camp.

I am so grateful to have the support of the FRC soccer program. Without their support, a camp like this wouldn’t be possible. I’d like to send a big thank you to Artie, Joseph, Danielle, Cindy and Juan for their time and effort in making this such a great experience for the kids.

Kyle Stone is a recreation supervisor for the Central Plumas Recreation and Park District.