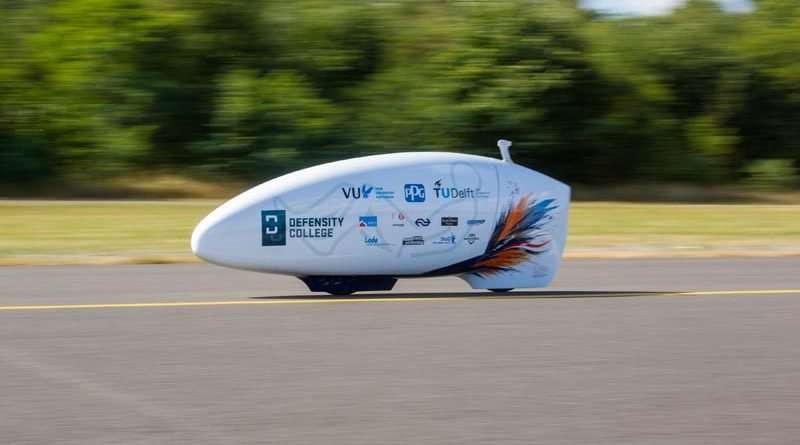 Here is the team VeloX 8 entry for the 2018 World Human Powered Speed Challenge that will be held on Highway 305 just outside Battle Mountain, Nevada. The VeloX is designed, built and powered by the Human Power Team from Delft and Amsterdam in the Netherlands. Photo by Bas de Meijer
News
September 14, 2018September 13, 2018 Gregg Scott, Staff Writer

Every year, for the past 18 years, teams from all over the world gather in Battle Mountain, Nevada, for the World Human Powered Speed Challenge.

Many writers have referred to this event as the Formula 1 race of the cycling world.

All participants have several opportunities to try and break the world speed record for a human powered vehicle.

Battle Mountain seems to be the optimal location for the race because it is located on a plateau in the desert, at an elevation of about 4,500 feet, which allows for less air resistance, thereby helping the teams reach maximum speeds.

Even though the vehicle has almost 8 kilometres (4.97 miles) to accelerate, that “sprint speed” is measured over the last 200 meters (218.7 yards) of the long flat course.

This year the Lake Almanor Basin has been host to one of those teams as they have availed themselves of this beautiful area to acclimate the athletes to the 4,500-foot elevation along with continuing their physical training and having a location to test the special vehicle after its long journey from the Netherlands.

That’s right, the athletic portion of the team from the Netherlands has been training in the area for a couple of weeks while waiting for their vehicle to arrive with the engineering side of the group.

Every year the team members — both athletic and engineering — that will represent the Vrije University in Amsterdam and the Delft University of Technology in Delft are selected new for the following year’s competition.

This year’s team has been designing the “bike” and improving the technology for over a year and the athletes have been training, conditioning and preparing for the same amount of time.

This “bike,” as we shall refer to the vehicle, would not, in any sense, be called a bicycle by the casual observer.

It is by general definition based on a recumbent bicycle design and a recumbent cycle is used for training and balance practice, but other than that and having two wheels, that is pretty much where the similarities end.

The rider (athlete) of this bike sits in a carbon fibre cocoon about 2 inches off the pavement.

The steering is limited to about 6 degrees of movement and the rider has no window to see where they are going. 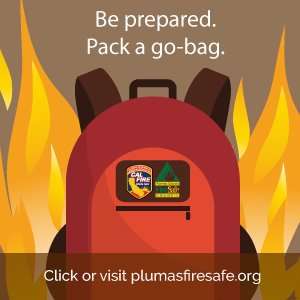 They stay on course by using the live camera feed to a screen mounted in front of them.

The overall look of the vehicle resembles that of a flattened football turned on edge.

The selection of the athletes is quite different than you might expect as well.

It should be quite easy to get a world-class cyclist to commit to a chance to break a world record, right?

Not necessarily, when you consider they will be in a black hole of a capsule, in an almost horizontal position and relying on an electronic screen to even see where they are going.

It seems that several such athletes tried out for the job and were not able to cope with the stress and confinement that is a major part of the competition.

After all was said and done, there were two athletes that finally filled the requirements and have been training ever since. 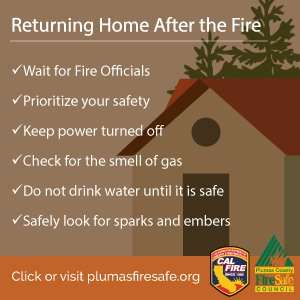 The six ladies that have been visiting Almanor are a team in name and in action.

The two athletes are Lieke de Cock and Jennifer Breet. Coach Juul Hubert, Chief of Human Power Mirre van Duin, Research Analyst Hannah Zimmermans and Coach Inge Huberts are the support personnel that give their athletes the physical, nutritional and bike training they need to compete in this world-class event.

Without these young people there would be no team or a bike to compete.

The important thing to note is probably that most of the people on this team are in their 20s and most are students at one of the universities they represent.

They are working hard to make a good representation for their schools, their country and themselves.

Not all of the team was able to come to Lake Almanor and some were here for only a few days, but all those who were here expressed the enjoyment they had during their sojourn and wanted to say thank you to all the people they met while they were here for the friendly welcome and pleasant time they had.

The technical description of the bike, the training and the race could go on for pages, but the ultimate goal for the VeloX 8 team is to win the challenge and set a new world record for manpowered vehicles in the women’s division, which currently stands at over 87 miles per hour.

What a bright, friendly group of young people this group was to work with.