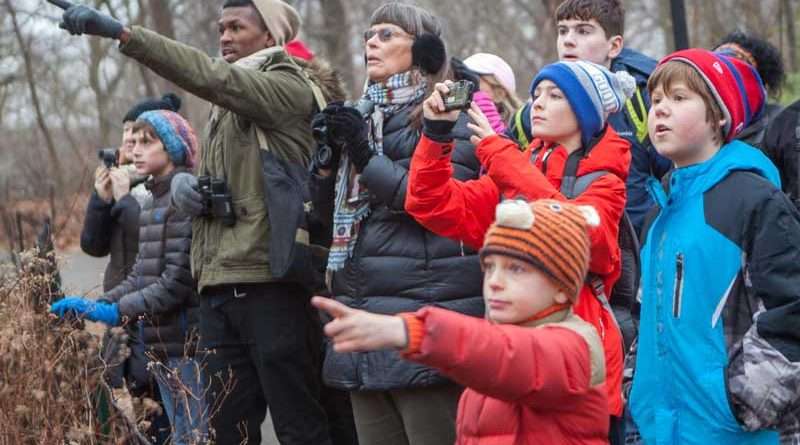 A popular American holiday tradition in the late 1800s was the Christmas “Side Hunt.” Groups of hunters would choose sides for a day of hunting birds (and sometimes four-footed animals). The side that killed the most won. An alternative to this mindless squandering of life was initiated on Christmas Day in 1900, when an early Audubon Society leader, Frank Chapman, conducted a “Christmas Bird Census” to identify and count, rather than kill, birds.

Today, 122 years later, the census is known as the Christmas Bird Count. It is conducted throughout the world by over 80,000 volunteers, ranging from serious birders to those who are curious and want to help. The CBC is not limited to just Christmas Day. On a local level, the count can be carried out on any single day between Dec. 14  and January 5. Because data is gathered year after year from the same locations, sometimes for over 100 years, the CBC provides valuable information regarding population fluctuations, migration patterns, and the consequences of habitat alteration and global warming.

Groups gather early, searching for birds before sunrise and counting numbers and species until dusk, then usually regrouping at the end of the day to tally up, warm up, and enjoy each other’s company. The CBC is a challenging, informative, and satisfying experience. In a time of social distancing, it is also a safe activity, and it is especially important locally due to the huge disruption and destruction of habitat from fires.

If you would like to get involved with this year’s events, and newcomers are welcome, get detailed information at the Plumas Audubon website: plumasaudubon.org.