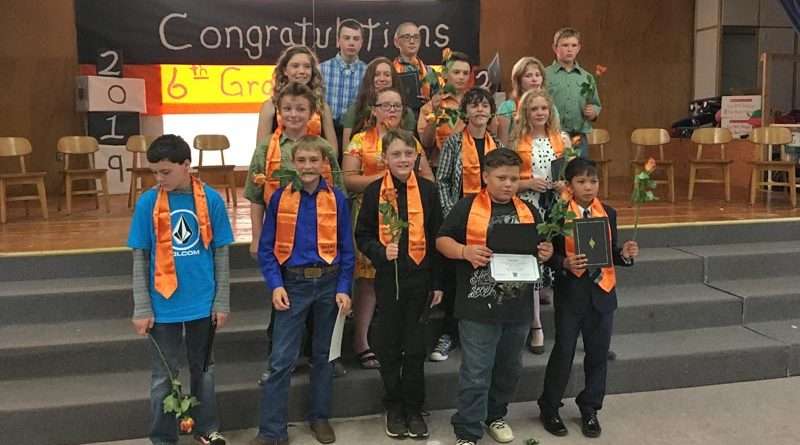 The room was packed with parents and grandparents, and decorated to the nines, complete with an “orange” carpet and a photo backdrop, by the parents’ club.

Wade told the students he felt like their fun uncle who comes to show them a good time outdoors. Johnson compared the class she had as 6-year-olds to adorable puppies who are all over the place, but loving at the same time.

Clark instructed his fellow classmates to remember the good times and not to be scared for the future.

The sixth-grade class had all sorts of aspirations for the future, from army ranger to nurse to fashion designer to lawyer. Each student read a formatted poem to identify their personalities as well.

There was plenty of cake and well wishes afterwards.