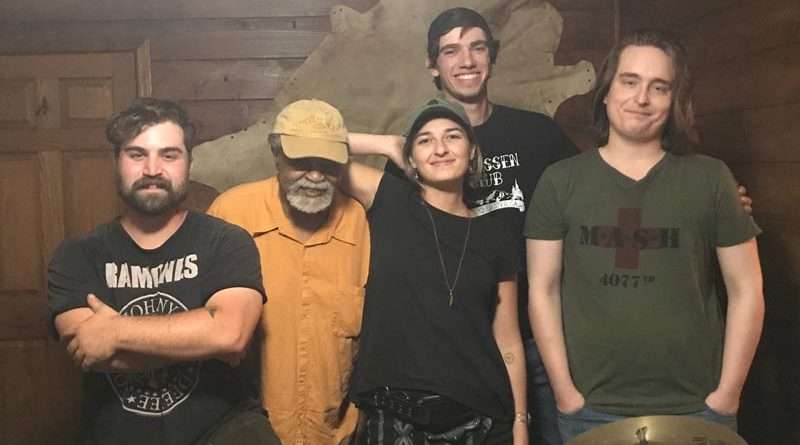 Back in March, Jacqueline Dery thought she’d give the open mic at the Taylorsville Town Hall a go.  She’d always kind of wanted to sing but she’d been a little shy to do it and the new program in an old venue gave her an opportunity. She gave it a try. Now it’s what she feels she was meant to do.

Lowell Siwundhla and Charlie Forcino, who’d been playing together for a while at both Gigi’s Friday night open mics and the Taylorsville Historic Hall music program on Saturdays, heard Dery sing a song. They were blown away.

“Jackie was a total surprise. I had known Jackie for some time but never knew she could sing. After our first new encounter we asked her if she wanted to join our band. Jackie was a good addition. I had no idea that she could write songs. Our set now consists of 80 percent original songs. We have enough music to make a recording. That is one of our main goals,” said Siwundhla.

The two approached Dery afterwards about singing with them. They’d been playing for a while together and didn’t really have a set singer. They played mostly covers and original arrangements, too.

Dery really likes the creation and collaboration that comes with writing your own music.

And thus homegrown band Jackie Lee and the Coyotes was born.

The band took to practicing and rehearsing almost right away. They now rehearse at least three times a week these days.

“We all have full time jobs, too,” Dery said; commitment to the band is not something anyone takes lightly — she knows to get to their goals, this is what it takes.

They are also looking for a booking intern to help get them in front of lives audiences even more often.

The Greenville High School graduate (who now lives in Chester and is 24), surprised many when she started on this new musical path. She didn’t sing in school and was relatively introverted.

“We had no idea she had this incredible voice,” said grandmother Jocelyn Cote.  She was always a big music fan, just like her grandmother, though.

Dery is determined to really make a go of the band as a career. She’s determined that their hard work will pay off.

“This is what I want to be doing,” Dery said.

They have a self-described eclectic sound drawing from rock and roll, blues, Americana. It’s all there.

They’ve had quite a few gigs already this summer and to hear them, you’d never think they just started in March. They’ve also opened for the Lumbercats.

Readers can catch them Aug. 17 at the Lassen fifth annual BBQ Cook Off and keep a look out for those flyers around the county. Odds are you’ll see them soon.