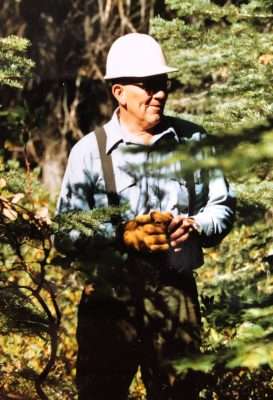 James Earl Goodwin, age 86, of Janeville/Chester, CA passed from this life peacefully, Friday November 13, 2020 at the Northern Nevada Medical Center in Sparks, Nevada from complications related to congestive heart failure and Covid-19 infection. Jim was born March 15, 1934 in Oroville, CA to Dallas and Dora Goodwin. He was one of five sons born to them. He was raised in Cedarville, CA where his family worked in the ranching industry.

Jim left Cedarville when he joined the U.S Army to serve during the Korean War. While on leave in Missouri with a friend during his military service he met and fell madly in love with Betty Jane who would become his wife of 57 years. To this union a son and three daughters were born. Betty and James moved west to settle first in Cedarville, CA in 1958 before moving to Chester in 1959.

Following Jim’s retirement the couple moved to Janesville, CA where they have resided for the past 26 years. Jim worked most of his adult life in the timber/logging industry. He began his career at the Collins Pine Company in 1959, first as an equipment operator and lastly as the Companies Side One (the best side) logging foreman. Where he was known as “Big Jim”. Jim will be remembered by his friends and family for his kind heart, gentle spirit and his unfailing love and support of his family.

In his later years Jim enjoyed reading, working puzzles and socializing with old friends at the Susanville Casino where he was treated as a special guest for morning breakfast.

A celebration of Big Jim’s life is being planned for a later date. Inurnment will take place in the Chester District Cemetery.