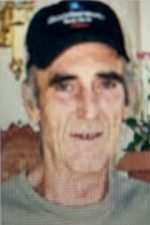 “True to me, kind to me, never deceiving;

Cheering me, helping me, ever believing;

Pal of my Heart.”

In the wee hours of August 18, 2021, the Pal of my Heart, James Thurman Atcher, peacefully departed this world. He is survived by his wife (me) of forty years, Sheila, and her son, Damion Emery.

JT was born and raised in Vine Grove, KY, on October 4, 1941. One of six children, he was reared with love and affection by his parents, Alta and Thurman Atcher. He is survived by his sisters, Martha (Brandenburg) and Marilyn (Moore), and his brother, Michael, still lives on the family farm. JT had previously lost his sisters Jean (Smith) and Sue (Nelson), and his brother, Donald. It was an adventure-filled childhood growing up on the family farm: hours spent playing in the “jungle”, exploring Baboon Cave, catching blue gill and bass in the farm ponds. During the summer evenings, the woods were filled with magical fireflies…perfect for filling a small boy’s dreams with wonder and delight.

He grew up in the early days of rock and roll… his sister’s friends swore he looked just like Elvis Presley. And, yes, he practiced the “Elvis snarl”! Upon graduating from Vine Grove High School in 1959, he joined the Air Force. That service brought him all the way out to California, where he met his first wife, Sandra. They had three children. Eric, Danny, and Jodie… he loved them all.

After his divorce, he ended up in South Lake Tahoe working for Woody, who happened to also own Woody’s Hot Springs in Twain, CA. When JT had the opportunity to see the Feather River Canyon, he knew he wanted to live and explore this beautiful area. So he packed up and moved to Twain. JT made a lot of treasured friends in the canyon. He loved showing off his pool shooting skills at the now defunct Hitching Post. He worked for Ross Posch for several years traveling from California to Utah cleaning up train derailments. He held several different types of jobs: spent ten years with PG&E; worked as a (meticulous) house painter; and finished out his careers working as a maintenance man at Coppercreek Camp in Greenville.

He never tired of exploring the nooks and crannies of Plumas County. One of his greatest joys was teaching his sister-in-law, Cary Lane, how to gold-pan. He loved nothing better than being able to show off the country that he lived in. It was a sad day for him when his illness with COPD prohibited him from doing so.

JT has asked that there be no service. Instead he wants his friends and family to know that he was grateful for the roles they played in his long life. He held cherished thoughts and memories of you all.

For those friends and beloved family in Kentucky, JT will be coming home next spring to lay one more time in his family’s homeplace. When we do gather together, he will be laughing right along with us as the family stories and legends are told and retold. If you listen carefully, you can hear him now. Private arrangements by Blair Mortuary, Quincy, CA