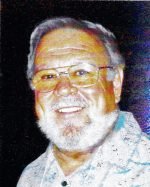 Ralph was born in Chicago April 5, 1939, the son of John Ralph and Florence (Bacigalupi) Higgins. Moved to San Jose in late 1940s and then to Los Gatos in 1948. He graduated Los Gatos High School in 1957. Served in the US Army. Graduated San Jose State with teaching credentials. Taught music at Andrew Hill High School for several years.

Ralph was a true entrepreneur. He ventured into real estate, the restaurant business, playground equipment, magazine publishing and book writing. Finally purchased Sam’s Country Store and gas station in 1996 and changed the name to Relay Station. During this time, he wrote a murder mystery novel, “Granite Veil.” Sold the Relay Station in 2001 and retired to writing a newspaper column and ghost writing. Lived in Discovery Bay for 8 years but loved the Lost Sierras and moved back to Quincy in 2009.

No services planned at this time.