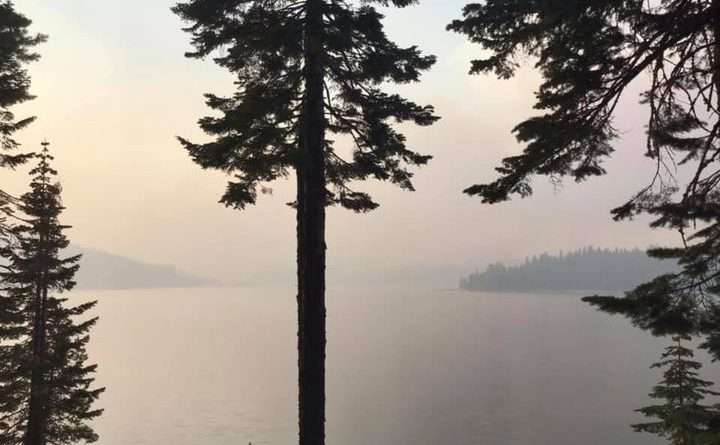 Heavy smoke has become a familiar site across the fire as it is in this photo from Bucks Lake. While it helps to slow the fire's spread, it also makes it difficult for an air attack to support the firefighters. Photo by Bucks Lake Fire
News
July 26, 2021July 27, 2021 Editor

As the day ended yesterday it was reported that the Dixie Fire had grown by a little over 2,00o acres, largely due to the heavy inversion that sat over the fire almost acting as a blanket to help smother the flames. Today’s weather isn’t expected to be as cooperative, but as of this morning the smoke is still thick.

This morning, July 26, the Dixie Fire is reported to be at 197,487 acres (the acreage is now combined with the Fly Fire which accounts for much of the increase from last night’s number just above 192,000 acres) and bumped up 1 percent to 22 percent contained. The Dixie and Fly fires have merged and now will be reported on by fire officials as one fire.

There are still 10,721 structures threatened, and it is known that 16 structures and 6 other minor structures have been destroyed – though that number will increase as damage assessment teams access the burned areas. During last night’s briefing it was learned that 249 parcels had been inspected thus far in the Canyon, with the 16 reported losses. Structures were lost in Indian Falls last night, but those numbers are not officially known.

This is the latest information released for the Dixie Fire by the incident command team this morning July 26:

Dixie Fire West Zone – Fire activity on the Dixie Fire was moderate over the evening, with mild topography runs, and with flanking and backing. Temperatures will warm to well above normal again today. For the second half of the week there is a chance of isolated thunderstorms. Fire is burning in a remote area with limited access, extended travel times and steep terrain which is hampering control efforts.

Dixie Fire East Zone – The Dixie and Fly fires have burned together. Total acreage and containment have been combined and the incident will retain the name Dixie.

Yesterday a thick covering of smoke over the area shaded the fire. Temperatures decreased and fire behavior moderated. The significant change in fire intensity allowed firefighters to construct dozer and hand lines in some key areas including areas of Taylorsville, Crescent Mills, Quincy, Bucks Lake and Greenville.

Engines are deployed in Taylorsville prepping for structure protection in the event the fire reaches the area as it continues moving northeast. Firefighters plan to fire out fuels using the Mount Hough Road to strengthen the fireline north of Quincy.

Evacuation orders and warnings are changing frequently. Please follow local law enforcement, Plumas News, and forest social media pages and have a plan even if you are not currently in an evacuation area. 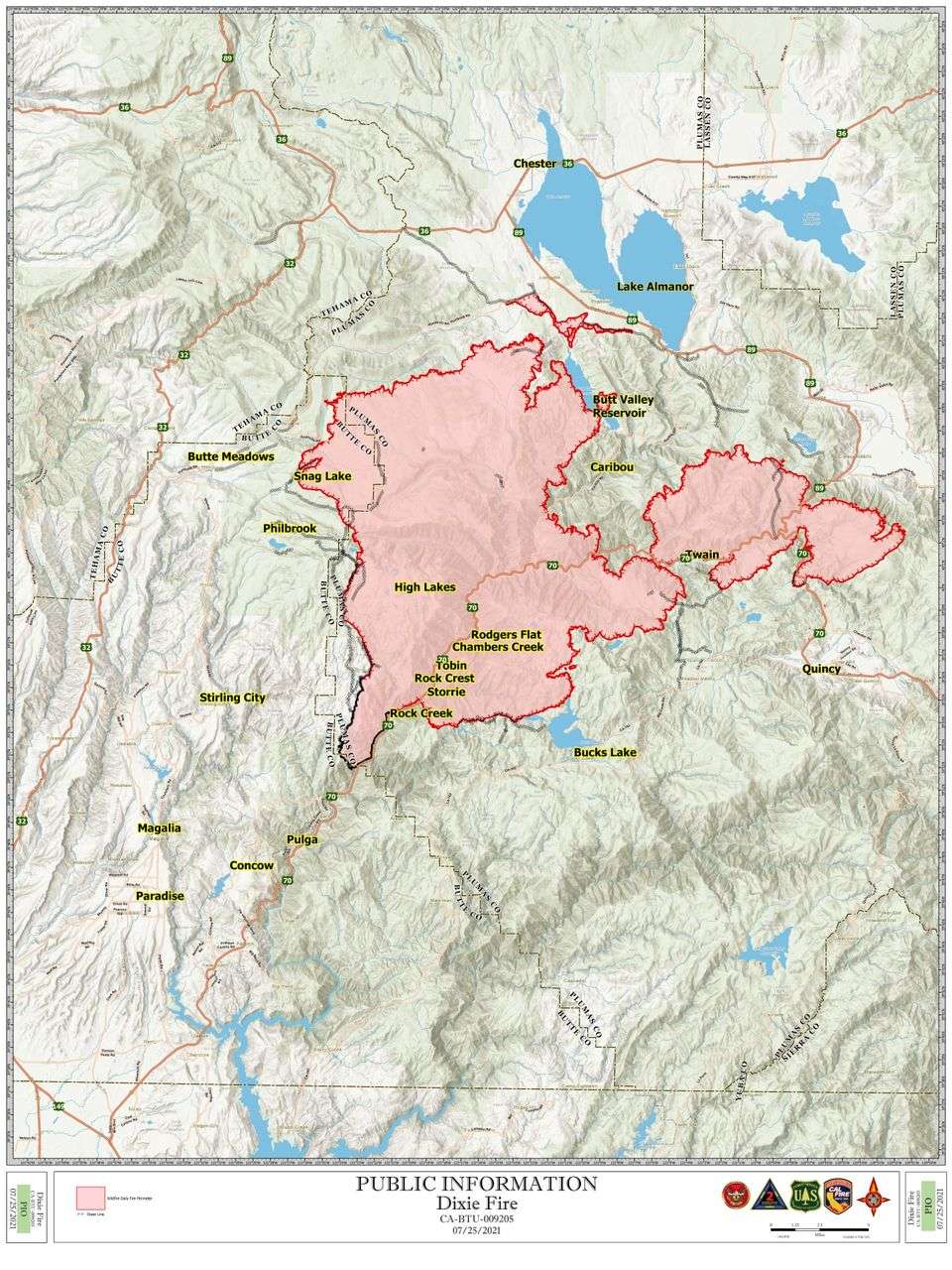 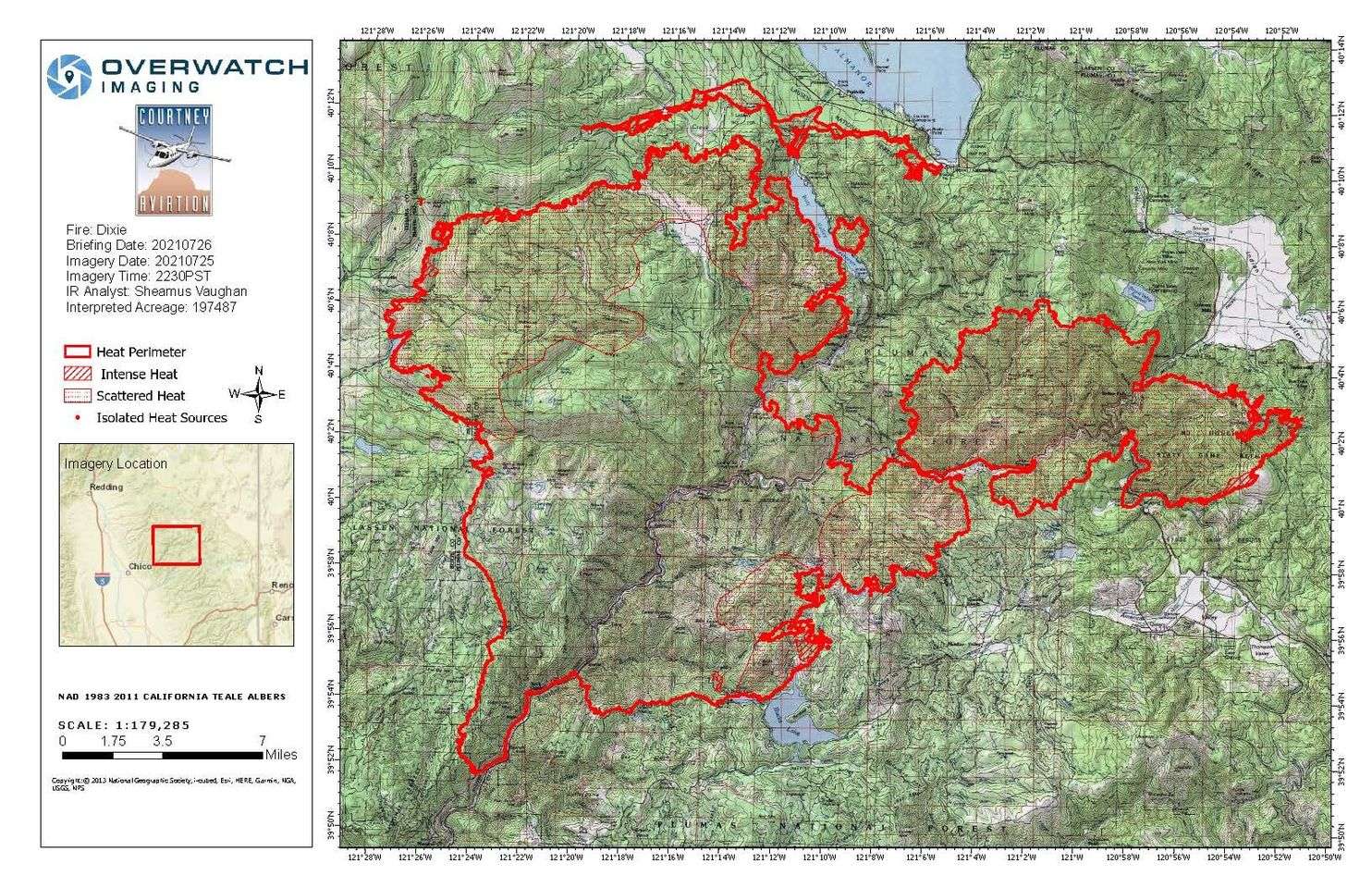