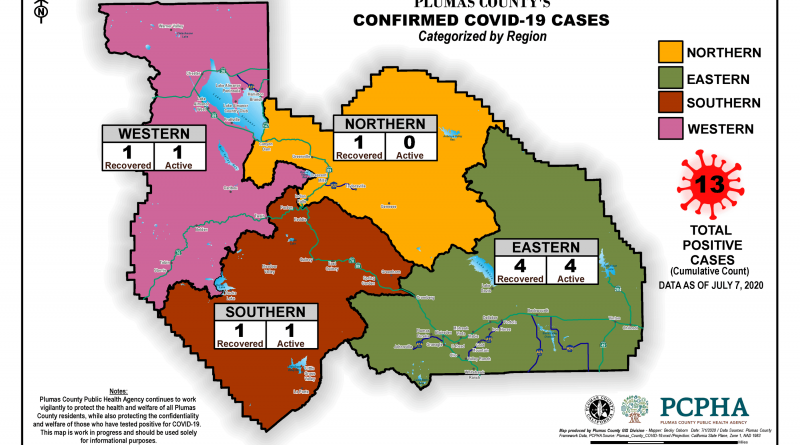 A closer look at the four regions as defined by the Health Department’s map:

Includes Warner Valley to the west, the Chester/Lake Amanor area up to but not including Canyon Dam  and ends at the Feather River Canyon down to Paxton.

Begins at Canyon Dam and includes all of Indian Valley to the south up to and including Indian Falls.

Begins past Indian Falls and east of Paxton and covers all of American Valley, Bucks Lake, LaPorte and to the east as far as Greenhorn.

Begins just past Greenhorn at Cromberg and covers everything east to the county line past Chilcoot.

How do our neighboring counties compare?

Information compiled the morning of  July 8:

Washoe County in Nevada has 3,295 confirmed cases, and 82 deaths attributed to COVID, which is an increase of 60 cases from July . There are 1,090 active cases with 91 hospitalized and 2,123 individuals recovered.