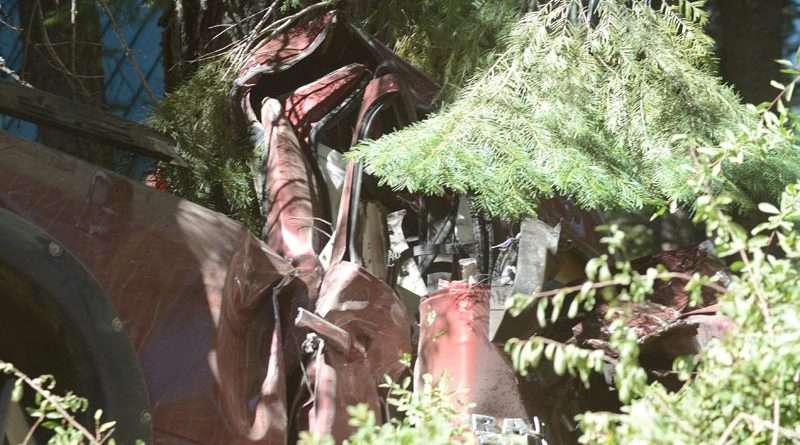 David Byron Mathauser, 60, of Richvale was pronounced dead at the scene after a series of collisions. At approximately 12:01 p.m., Monday, Sept. 2, Mathauser was driving his 2014 Ram 2500 pickup truck westbound on Bucks Lake Road. He was just leaving Lakeshore Resort where he was involved in a hit and run collision with a parked car. He allowed his truck to drift off the roadway and onto the north shoulder. He then over-corrected to the left going into the eastbound lane. He over-corrected a second time to the right and went off the north side of the roadway where the truck struck a large fir tree. The truck then struck another large fir on the driver’s door. Mathauser was pinned in the truck. It is unknown if he was wearing his seatbelt. The cause of the incident is under investigation. Photos by Victoria Metcalf 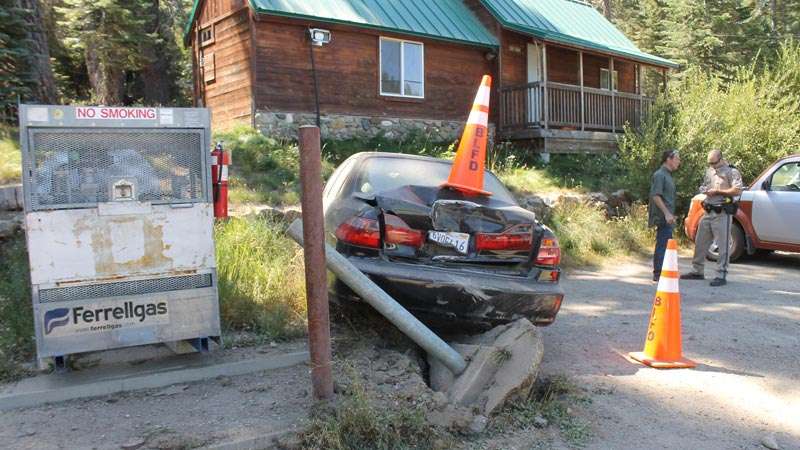