It is with heavy hearts that we announce the passing of “Lance” Conrad Lawerence Ledwig after a hard-fought battle with cancer at the age of 68. Lance was a devoted husband, father, grandfather, brother and friend. He passed away peacefully on Monday, February 28, 2022, with his wife and children at his side. 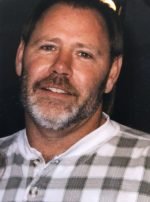 Lance was born October 22, 1953, in Dumas, Texas, to Charles Richard “Jack” Ledwig and Mary Jo Ledwig. Lance grew up in the panhandle of Texas on his family’s farm until 1961. His family then moved to Winnemucca, Nevada, where they lived until relocating to Portola in 1966. Lance attended Portola High School where he played football, basketball, baseball, and participated in track, graduating in 1971. After high school, Lance attended Yuba College where he played football and excelled as their starting quarterback.

After college, Lance returned to Portola to start his family and career. Lance drove logging trucks for several years. In 1976, Lance left logging and began a 39-year career with the railroad, ultimately retiring in 2015.

In 1980, Lance met the love of his life Debbie who he married in 1984. Together, Lance and Debbie proudly raised their children Jenny, Travis, Cassidy, and Lance’s daughter Jessica from time-to-time.

Aside from spending time with his family, Lance enjoyed traveling, getting lost on mountain roads, watching sports, catching up with old friends, and most of all, spending time with his wife, children and grandchildren. Lance never met a stranger. His kind heart, larger-than-life personality and big bear hugs will be deeply missed by those who knew him best.

Lance was preceded in death by his father Jack Ledwig, his mother Mary Jo Leigh, his brother Jack, and sisters Katie and Rebekah.

Although he will be greatly missed, he will never be forgotten and forever be in our hearts. The family will be holding a celebration of life on April 30th at the Graeagle Fire Hall from 12:00 p.m. to 4:00 p.m.