UPDATE 9:30 a.m.: The CHP just announced that Highway 70 is now open with escort. It credited a little rain and the hard work of fire crews for making this possible. The area is still considered a closed zone and motorists are not allowed to stop for any reason. Avoid the area if possible, as the highway could close at anytime.

UPDATE 8:30 a.m. Aug. 24: The evacuation and road closure information below is the latest available. The Plumas County Sheriff released it at 8 a.m. this morning. Lt. Erik Egide of the Quincy CHP said that essential deliveries may be allowed through Highway 70 on a case by case basis as safety allows.

UPDATE 7:50 a.m. Aug. 24: The CHP announced this morning that the highway remains closed from just west of Cromberg to Chandler Road east. Due to the active fire still on both sides of the highway, there is no estimated time of opening.

Highway 70 is now closed from East Quincy to Rattlesnake road west of Cromberg. Following is the latest information from Plumas County Sheriff’s Office. 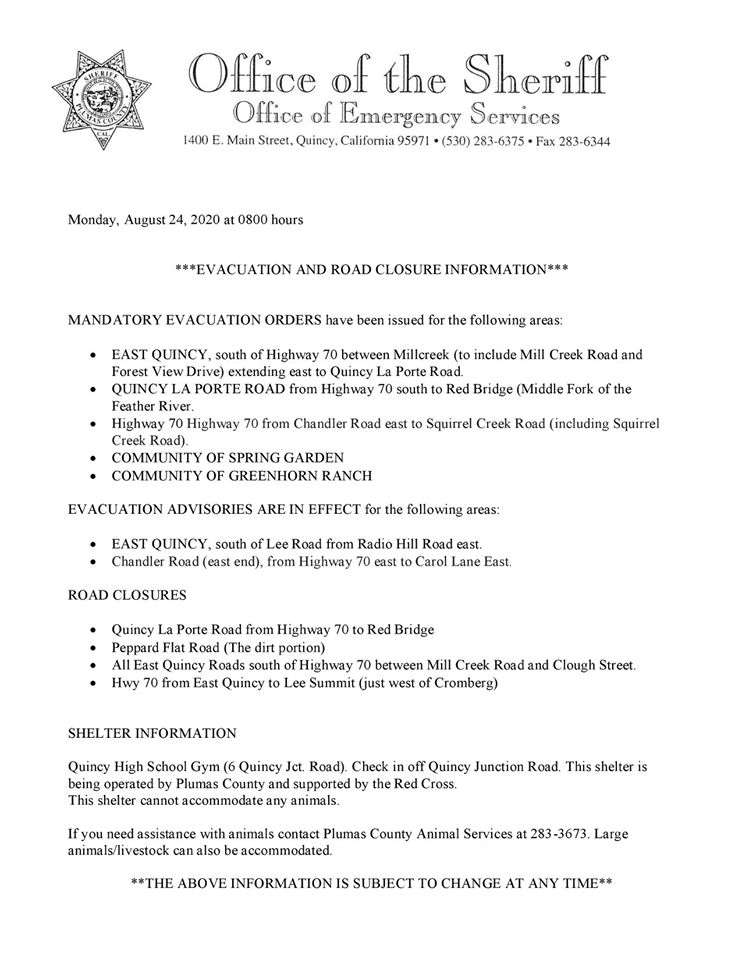