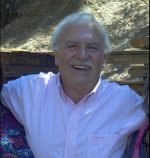 Welcomed by his older brothers Mike and George, Les was the first baby boy born in the new hospital in Loyalton, California on July 31, 1951. In 1957, the family moved to the Lily Gap logging camp located outside of West Point, California. Les attended West Point Elementary School, where he met his lifelong friend Don Maben. At Calaveras High School, he excelled at football and wrestling, where, as a junior, he achieved the rank of ninth in the nation. After graduating in 1969, Les went on to study and to continue athletics at Sacramento City College.

Sports and competition remained an important part of his life. He was a boxing champion, rugby player, stock car racer, Bull of the Woods champion at the Plumas County Fair, and slo-pitch softball player. He was a great left handed pitcher and played on many teams with his good friend and co-worker Mike Padilla. He also enjoyed coaching his sisters’ softball teams. He rarely missed his nephews’ sporting events where he was known as “Uncle Les” to many teams.   Additionally, he was active in organizing many Lumberjack Days Celebrations in West Point. He enjoyed all of these activities while building a wonderful career with The Sacramento Bee where he worked for over 30 years, winning numerous achievement and service excellence awards and mentoring many.

Returning to the family home in Wilseyville after retirement meant Les could relax and spend his time golfing, keeping horses and mini-horses, and watching turkeys, deer and other wildlife from his deck. He enjoyed golf trips to Plumas County and Hawaii with his friends as well as gold prospecting in the desert with his dear friend BJ.

Les is survived by his sisters Debbie and Becky Deini of Portola, his sister Stephanie Deini Carr and her husband John of Beckwourth, and nephews and nieces Brian, Barbara, Mercy, Michael, Wendy, Nicholas, Liane, Vinny, and Les. He also has eleven great nieces and nephews and eight great-great nieces and nephews with two more on the way! He was preceded in death by his loving parents Tilio and Tonie Deini, his brothers Mike and George, and his nephews Michael Kaiser and Caleb Texler.

In remembrance, memorial contributions may be made to the West Point Scholarship Fund or the Calaveras High School wrestling program.