Born in Los Angeles on June 23, 1938, Ken was the eldest of three boys. His mother died when he was 9 years old. When he became high school age he moved to Indio, with his maternal grandmother, graduating from Coachella Valley High School.

He studied Electric Engineering in San Francisco, where he met the girl that was to become his wife, Mabel “Missy” Hiatt. Daughter, Evelyn, was born in 1956. During that time he worked at Standard Stations, Inc. becoming the youngest assistant manager in the company.

In 1958, he moved his family to Ukiah, where his son, David, was born. Ken took a job at Masonite followed by a position with the City of Ukiah before moving to the California Division of Highways, now known as Caltrans. Employment at the California Department of Water Resources resulted in the family’s relocation to Tracy in 1964, and then to Gustine, until his retirement in 1994.

After retiring, he and Missy moved to Portola, where he became an active volunteer for the Western Pacific Railroad Museum. He learned to drive a locomotive, becoming an Instructor Engineer in the “Run-A-Locomotive” program. Ken was also an active member of the Portola United Methodist Church and sat on the city Planning Commission.

In 2010, he and Missy moved to Red Bluff to be closer to their son and his family. He was stricken with Parkinson’s disease and spent the last two years of his life as a resident at Brookdale’s Memory Care Unit. 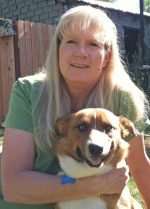 Julie Ann Scheckla, 57 years, of Loyalton, passed away peacefully in her home surrounded by family on Sept. 28, 2019, due to cancer complications.

Julie was born on Dec. 27, 1961, to Patricia and Mervin Ramelli and was raised in Loyalton. She was employed with Sierra Army Depot as a supply tech and enjoyed her job very much. Julie was known for her hard work ethic, kind, selfless spirit and her love for her family. She enjoyed her time spent outside admiring her flowers and hummingbirds and any time spent with her family.

Julie was preceded in death by her father, Mervin.

She is survived by her mother, Patricia Ramelli; her four children and families, Kimberley and Travis Robinson, Jennifer and Alan Yankin, Jace Scheckla, Kelsey and Jon Arreche; her grandchildren, Olivia Robinson, Nolan Yankin and Rylee Arreche; her brother and his wife, Greg and Rachelle Ramelli; her nieces, Ali Ramelli and Keri Usry; her nephew, Colby Siler; her partner, Tim Devaney; and many other extended family members.

A celebration of life was held Sunday, Oct. 6, at the Vinton Grange Hall. 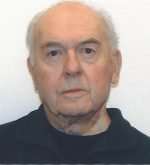 He moved from Stockton to Graeagle in August 1998. He worked as a meat cutter/butcher in both San Francisco and Stockton. He attended Polytechnic High School in San Francisco as well as two years of college.

It was an easy decision to move to Graeagle with his wife, Margaret, upon retirement because he had ties in Plumas County going back to childhood when he would camp, fish and hunt here with his father.

Many people throughout his life called him a good friend. He was an amazing husband, father and grandfather. He had three daughters, Lisa Clovoland (husband Greg), Laurette Laurie (husband Jon) and Lynn Woodall. He had one son, William Wallace (wife Libby). And he had nine grandchildren, Ellyse, Gommean, Peter, Cameron, Hudson, Greyson, William, James and Alex, along with many nieces and nephews.

John was preceded in death by his parents, Roy and Margaret Katherine, and his sisters, Patricia and Dorothy.

Besides hunting and fishing, John enjoyed golfing and spending time with family and friends, playing cards, hiking in these beautiful mountains and traveling with his wife, Margaret, in their fifth-wheel.

John was a member of the Graeagle Community Church for 20 years, where he served the Lord as a trustee and board member. 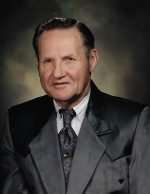 Funeral service will be held at New Life Christian Center of Portola on Oct. 12, at 3 p.m.. Burial will be immediately following at Whispering Pines Cemetery.