His ready smile, kindness and love of country were constant lifelong. His unexpected passing leaves a loss that only wonderful memories and time can heal.

Jeff lived and grew up in Quincy. The mountains were his backyard and the streams his swimming hole. He enjoyed hunting and fishing and always loved his animals. He graduated from Quincy High School and Redding College (A.A.). He served in the U.S. Army in between college years. Jeff and wife Cathy moved to Firth, Idaho, in 2003, and started Bingham Glass, which was operating until his passing.

Jeff’s Celebration of Life was held Jan. 6, in Shelly, Idaho, with military rites. His favorite music was played: “God Bless the U.S.A.,” “Battle Hymn of the Republic” and “The Lord’s Prayer.”

Michael Richard Giordano II passed away at home on Feb. 18, 2020, at the age of 74. Michael was born in Fresno to Doris and Mike Giordano.

While working at his parent’s market, Giordano’s Market, he met his former wife. Together they moved to Plumas County in 1971. They made their home in Twain and welcomed their only child, Malinda (Mindy).

Michael worked at family-owned moulding mills in both Twain and Crescent Mills. After working at the mills, Michael worked at several local restaurants and establishments in Quincy until he retired.

Michael loved living in Quincy and had many circles of friends. Michael was a people’s person but also enjoyed his quiet time. When he wasn’t visiting with locals downtown, he was sitting on his porch in the sun drinking his tea. Michael loved reading and listening to all genres of music. Michael also felt very strongly about giving back to his community. He prided himself on his volunteer work with local service organizations, especially “CANS.” He took his duty of service very seriously and was someone you could count on.

Michael also greatly valued time spent with family. His true pride and joy was his grandson, Ethan. Michael delighted in hearing about and telling others of Ethan’s experiences, successes and accomplishments. He was a proud “Papa G.” Michael was selfless in giving to his friends, community and family.

In lieu of services, a celebration of life will be announced. 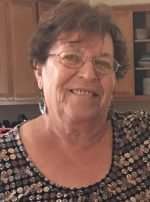 Sheila Leonhardt left her life on earth on Jan. 21, 2020, to join her daughter Karen, her parents and two brothers, Earl and Victor Mattice, in heaven.

She was born Sheila Lucille Mattice on June 8, 1943, to Ralph Mattice and Ruth Robinson Mattice. The family lived in Loyalton and she was born in the Portola hospital. When she was 5 the Mattices moved to Quincy, where they owned and operated Mattice Tire Service in East Quincy for many years.

Sheila attended Pioneer Elementary School and graduated from Quincy High School in 1961. In 1963 she married her high school sweetheart, Danny Leonhardt, in Quincy where they made their home on the Leonhardt family ranch and raised their children. After 25 years the couple divorced and Sheila moved to Arizona where she worked as an elementary school librarian for 20 years. After retirement Sheila returned to Quincy where she again lived on the Leonhardt family ranch close to her son, Rick, for over five years before her passing.

Back in Quincy, she reunited with old friends and made new ones while volunteering at the Plumas District Hospital Thrift store where she was president of the volunteers. She enjoyed watching her grandchildren and great-grandchildren’s sports and activities and helped with the fair horse shows every year. Sheila was an avid reader and an accomplished seamstress. She was a 4H sewing leader when her kids were young and made many uniforms for their activities.

A celebration of Sheila’s life will be held on Feb. 29 in Quincy at the Elks Lodge at 2 p.m. In lieu of flowers, please consider a donation in Sheila’s name to the Plumas District Hospital Volunteers.