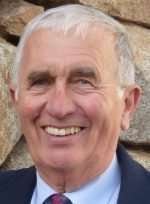 On the morning of May 12, 2019, Bob died peacefully at UCSF, surrounded by loved ones following a sudden illness. He was 82 years old.

The first of three sons born on Jan. 15, 1937, in Berkeley to Vaughn and Elizabeth (Crites) Cohune, his earliest memories were of WWII blackout drills darkening the Bay, the pandemonium on V-J Day in Alameda, and the firing of a prized teacher during the Red Scare. He recalled riding the Berkeley trolleys with his beloved great-aunt Jenny to attend cultural events in Berkeley and at Cal. The family moved to Pleasant Hill for middle and high school, where he was an Eagle Scout and developed his lifelong love of the mountains after hiking the John Muir Trail.

He joined the Air Force upon graduation, later working his way through U.C. Berkeley as a brakeman on the Southern Pacific Railroad. He attended Boalt Hall before moving to Southern California to begin his family and complete his J.D. from Southwestern Law School.

His early legal career was with the California Department of Transportation, where he worked on high-profile cases, including the establishment of the controversial Diamond Lane. In 1979, he moved his young family to Chester, Plumas County, where he established a private legal practice in the county seat of Quincy. Eventually, he moved to Truckee where he continued his private practice. On behalf of his clients, he took on modest and formidable opponents with laudable success and marked passion. He successfully litigated cases related to employment discrimination, environmental protection, real estate and business disputes.

During his Truckee years, Bob got his instrument rated private pilot’s license, taught law classes at Truckee Meadows Community College, gained a love for music and theater and volunteered countless hours advocating for friends, family and community. His passion for living and genuine interest and concern for others was obvious to everyone. He served on the Board of Directors of Toccata, the Mountain Area Preservation Foundation and was a volunteer and advocate of the Lake Tahoe Music Festival and Truckee Airshow.

A lifelong learner, wordsmith and political junkie, he relished spirited conversations at home over a beer with his family. He loved the outdoors, gardening, walking, reading and entertaining. His infectious laugh, intellect, humor and larger than life personality stood out, and were with him until the end.

Bob is survived by Marcelyn, his loving wife of 31 years; his son, Kirk Cohune and his wife Jenner; his daughter, Eileen Cohune Brown, her husband Mitchell and their two children, Finnegan and Skylar; his brothers, William Cohune and Paul Cohune; his uncle, James Cohune; his first wife, Kathleen (Cohune) Kelcey; and his stepchildren, Brian, Alisha and Catrina Russell and their children and grandchildren.

He was predeceased by his parents, and his uncle, Joseph Sheeks.

Bob’s family would like to thank the nurses and doctors in the ICU at UCSF for their extraordinary care, particularly Dr. Berrahou, who helped him through the last phase of his life with sensitivity, compassion and immeasurable skill.

A backyard celebration of his life will be held at his cherished home on the afternoon of July 27, from 2 p.m. to 5 p.m. with a dedication at 3 p.m. (15589 Archery View, Truckee, CA 96161). Heavy hors d’oeuvres and drinks will be served. In lieu of flowers, donations may be made to Mountain Area Preservation Foundation or Toccata Tahoe Symphony and Orchestra. 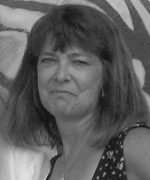 Mary was employed at the Feather River Inn for many years and in her later years as a caregiver for the elderly. Mary was involved in the sports and school activities of her children and later her grandchildren. She enjoyed spending time with her family and loved the great outdoors.

As she raised her children, her creative side would come out in full display. This creativity continued when her grandchildren arrived, whether it be gardening, cooking, making jewelry or other arts and crafts.

Mary was preceded in death by her parents and her husband, Monte Depolo.

Mary Jane will be greatly missed by her family, friends and her beloved dog, Cruiser.

Marianne Marie Perry died peacefully at her winter home in San Diego on June 8, 2019, at the age of 84-years-old.

Marianne was born Aug. 1, 1934, in Terril, Iowa, at the family farm. Her family moved to San Diego when she was 12-years-old. After graduating from high school, she met her husband, James Alan Perry (died October 1986), and they moved to the San Francisco Bay Area. They loved and frequently visited the Lake Almanor Area, where they enjoyed camping, fishing and water skiing with their children.

James, “Jim,” and Marianne bought a cabin in Warner Valley in 1978. There, Marianne would spend every summer, listening to the creek and enjoying the beauty of the trees and wildflowers.

Marianne never drove a car, but she enjoyed riding her motorcycle until she was nearly 70-years-old. She also loved to bicycle, hike, walk, sew and read.

Marianne will be missed by all whose lives she touched.

Donations are not expected or necessary, but for those so inclined, she had a heart for people experiencing homelessness. Please consider sharing your spare change with someone in need the next time they cross your path in honor of Marianne. 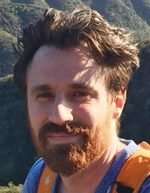 On June 8, 2019, Lucas Camillo Slavik, loving husband of Michelle Slavik (Queano) and adoring father of Xavier Channing Slavik (9) and Blake Thomas Slavik (7) joined the company of great men and forming forces who have gone before their time such as Lucas and Michelle’s fathers: Thomas Slavik and Rodolfo Queano. Lucas passed in peace at home. A resident of Millbrae for seven years, Lucas’ open and smiling spirit will be missed by many.

Born a mountain child in Quincy on July 8, 1979, to Thomas and Gail Slavik (Valpreda), Lucas lived an outdoor, sunny childhood, full of adventures, sports and family. He grew up climbing the lava rocks on Penman Peak, loving the natural world and spending many a day with his dear friends and his brother Tony in his beloved mountains. He graduated from Portola High School in 1997, where he was a scholar-athlete, and a compassionate friend.

Lucas attended the University of California, Santa Barbara, where he built a “brotherhood” of friends through surfing and met his future wife Michelle, two passions he carried to the end of his life. He graduated with a degree in history and public policy and his career was hallmarked by his love of the outdoors, strong empathy and kindness.

Lucas counted endangered frogs in the Eastern Sierra and worked at the Gorilla Foundation as a Lead Research Caregiver where Ndume, the male silverback gorilla, was his friend. He dedicated himself to researching mental wellness, ensuring that funding for these programs would always be made available; this vocation began at the Parkinson’s Institute, was nurtured at the Ernest & Gallo Clinic and Research Center and the UCSF Langley Porter Psychiatric Institute and continued through his recent work at Blackthorn Therapeutics. His chosen life allowed him to live his life close to the healing salt water of the Pacific Ocean with his wife and two sons.

Lucas was a strong soulful individual, canny in judgment, quickly able to connect to those around him. He was, in turn, a good gardener, Blake’s Lego Master Builder and an accomplished homework and basketball coach to Xavier. He loved to travel, loved great food, loving on his family and feeding his friends.

He was preceded in death by his father, Thomas Slavik, father-in-law, Rodolfo Queano, and favorite fur-girl, Naiya.

A Vigil will be held on June 21 at Newhall Chapel, 4 p.m. to 9 p.m. at Cypress Lawn in Colma. The Memorial Mass will be held on June 22, 11 a.m., at Mission Dolores, San Francisco, 3321 16th St., San Francisco, CA 94114, with a reception to follow, place to be announced. This information will be updated as information evolves. We thank you for your guidance, advice, thoughts, light and love during this time and only ask that you keep reaching out and sharing your stories. With Love.