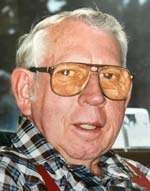 Denver was born March 25, 1932, to Leander and Jessie Bridgman in Clayton, Oklamona. Denver came to California as a small child with his father after his mother, Jessie, had passed away.

In 1952, Denver was drafted into the Army and served in Korea. He attained the rank of corporal before being honorably discharged in 1954.

While serving in the Army, Denver married Betty Jean Cox on April 22, 1953.

Denver is survived by his wife, Betty; daughter, Julie Reeves, of Eureka; sons, Thomas, of Chester and Timothy, of Santa Rosa; six grandchildren; and four great-grandchildren.

Graveside services were held on July 11 at the Chester Cemetery.

Phoebe Deitchler was born in Lusk, Wyoming, on Oct. 29, 1924, to parents Albert and Ida May Guibault. After graduating high school in Lusk, Phoebe married Floyd Deitchler and they had two sons, Russell and Patrick. Besides being a wonderful wife and mother, she also spent time working as a teacher and for the postal service. She and Floyd lived many years in Rosebud, Montana, while their sons were in school. After their youngest son graduated, she and Floyd moved to Billings, Montana.

After the passing of her husband, Floyd, Phoebe moved to Lake Almanor, to be closer to her sisters. She lived in Lake Almanor until 2016 when she moved into Eagle Lake Village in Susanville, where she resided until her time of death.

Phoebe loved crocheting, sewing, reading and gardening. She loved sitting outdoors enjoying the warmth of the sun. Phoebe’s faith in God gave her comfort and strength throughout the years and especially at the time of her passing.

Cremation has taken place with graveside service in Chester, Cemetery Chester at 1 p.m. on July 23 and Forsyth, Montana, to be determined. 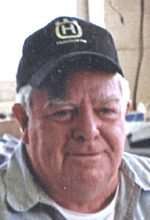 Rusty worked in farming and the timber industry as a faller until 1963 when he then started working at a local saw shop in Quincy. In 1980 he opened and operated his chain saw business, Rusty Warren’s.

Rusty had a great relationship with his shop neighbors. With all of his Husqvarna snow blowers, lawnmowers, tractors, wood splitters and equipment left outside through the night and weekends, his neighbors became known as his night watchmen. They also teased Rusty about being wealthy and burying his treasures outside. Teasing in return, Rusty would sneak outside with a flashlight, knowing he was being watched; he would dig a shallow hole and placed a can in the hole.

Rusty competed in snowmobile racing in 1970 – 1972. He also competed in chain saw logging competitions for 10 years. He loved hunting, fishing and camping.

A Celebration of Life will be held at the Quincy Elks Lodge on Saturday, July 27, from 1 to 3 p.m. Please bring your fond memories of Rusty.

An opportunity to express condolences to the family along with signing the memorial guest register is available online at ManniFuneralHome.com.

The family asks that any remembrances in Rusty’s memory be made to the Quincy Volunteer Fire Department, 505 Lawrence St, Quincy, CA 95971.