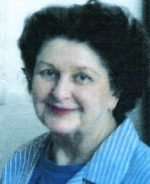 She also owned and-operated with her husband, John Gauss, the Gauss Christmas Forest Ranch in Alpine.

Joyce had many interests including motorcycle touring in Southern California. She was a past member of Women on Wheels.

Joyce volunteered with several organizations. She was a participant in the dietary modification and calcium studies in the ongoing Women’s Health Initiative at the University of Nevada. She also served on the Alpine Planning Group in San Diego County. Joyce was President of the California School Employees Association for the Grossmont College District and the Lakeside Union School District.

Joyce was preceded in death by her husband, John Gauss, of Portola (January 2018) and her sister, Shirley Palmer, of California (February 1999).

She is survived by her son, Martin Gauss, of Moreno Valley; her daughter, Julie Outland, of Chester; a brother, William Victor Trumble, of Grants Pass, Oregon; a sister, Darlene Beverly Trumble, of San Antonio, Texas; four granddaughters, one grandson, three great-grandsons and one great-granddaughter. 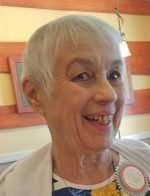 After a long illness, Kathleen Rouiller passed away in Issaquah, Washington, on July 20, 2019. She was 80 years old.

She was born July 4, 1939, in Toledo, Ohio, to Lettie and John Frey. We knew her as Kathy, but she was affectionately known by her sister and many brothers as Katy.

Kathy married her first husband, Jack Nelson in 1957. They lived in Antioch, Illinois, with their three children. In 1966, Jack tragically passed away leaving Kathy a widow. With her three little ones in tow, she moved to California a year later and in 1968, she married her second husband Jack Rouiller.

In 1976 Jack and Kathy moved to Portola. Jack owned his own Truck and Tractor Repair on A-15. Kathy worked for many years at the Senior Nutrition Site in the Memorial Hall as site manager.

No service arrangements have been made at this time.