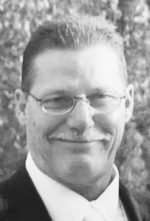 On Aug 1, 2019, we lost our beloved husband, father, papa, and friend. He passed away with his family and loved ones by his side. Richard fought valiantly for life over the past seven months. He showed tremendous grit, strength and courage. A huge Golden State Warriors fan later in life, he proved to be the biggest warrior of all.

Born Dec. 20, 1952, in Pittsburg to Raymond and Maurice Mashore, Richard had two older brothers, Gary Mashore and Steve Mashore (deceased). The three were raised in Concord and always had many family members in the area.

The main joy of Richard’s life was his love of family and friends, especially his role as papa. His relationship with each grandchild was special. They will carry on his traditions and what he taught them. His passing leaves a void and heavy heart for those that knew him, but we have many great memories, and his legacy, love of life and family will live on.

Richard is survived by his wife of 32 years, Carol Mashore; by his sons, Joey White (wife Kari) and Alex Mashore (girlfriend Carina); and daughters, Cori Mitchell (husband, Adam) and Sheena Johnson. He was the epitome of the word “Papa,” as he was called. Richard lived for his grandchildren Makayla, Jayden, Draya, Danica, Emma, Johnpaul, Weston; and great-grandson, Jayce. He is also survived by his brothers-in-law, Joseph Way and David Fink (partner, Lee Molton); and nephew, Michael Way (wife, Kelly).

Richard was known for his “green thumb,” or his love of gardening, which he passed down to his grandkids. He loved his mountain home at Lake Almanor and enjoyed the company of many lifelong friends in the community of Westwood. Richard loved fishing, especially the Mayfly Hatch and Hamilton Branch of Lake Almanor. He also enjoyed working with his hands, he could fix just about anything, and it paid off quite frequently through projects at the homes of family members and friends.

Richard will be missed greatly.