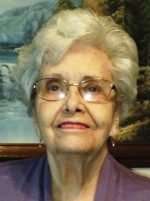 Audria was the loving wife of 57 years to Ray Fisher and beloved mother of Teresa Homan, Judy Knoll and Dan Fisher Sr. She is also survived by nine grandchildren and 21 great-grandchildren.

She was preceded in death by her husband, Ray Fisher, parents, Velma Butchko and Archie Hudson, her sisters, Nancy and Jean, and brother, Albert.

Audria was born Feb. 3, 1932, in Portola and grew up in the neighboring town of Graeagle. She lived in Chico most of her life and left many friends and relatives there when she moved to Maryland in April 2005.

She was very active in Campfire Girls as a child and served as a leader in her late teens. In later years she even led her daughter’s Bluebird troop. Audria worked in the nursing profession in California for several decades, working in local hospitals, and doctor offices. She loved doing crafts and enjoyed teaching how to wrap gifts and set up her own “Audria’s Gift Wrapping Service.” She learned to read Braille, and purchased a Braille machine to type stories for the blind. She belonged to Grace Brethren Church in Chico and joined Camp Springs Community Church after moving to Maryland. 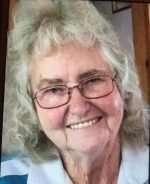 Maggie married Sidney Moser on March 28, 1964, and had three children, Sidney Jr., David and Ellen. She also had six grandchildren: David, Megan, Bennett, Bowman, Heidi and Kaley; as well as three great-grandchildren: Liam, Bentley and Dean, that she loved and adored more than anything else.

Maggie loved her little dog Foxy, going to church, playing bingo, stock car races, taking the bus to Reno and spending time with her friends and family. Maggie spent many years working as a cook and loved the friendships that she made doing it. She was one of a kind — genuine, full of love, kind-hearted and an amazing mother. She will be missed by many.

She is survived by her children, Sidney Jr., David and his wife, Tina, Ellen; her brother, Durwood Knowles, his wife Carolyn; sister, Sarah Blair, her husband, Steve; brother-in-law, Andy Moser and his wife, Pauline.

Maggie was preceded in death by her husband, Sidney, her parents, Owen and Ellen, two brothers, Bill and Wendell, and her daughter-in-law Kelly. 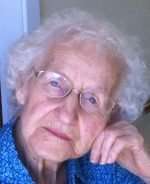 Mildred Mary Wardman, better known as Millie, passed from our sight on June 7, 2019, at the young age of 103, at Spring Hill Manor in Grass Valley. Millie had been a Nevada County resident for more than 12 years.

Millie was born in Marshfield, Oregon, (aka Coos Bay) Sept. 6,19I5, to Czechoslovakian immigrants, Joseph Urban and Rose Frances Dukatnik.

When Millie was 10 years old, her mother died suddenly. The loss was devastating not only for her father but also to Millie and her older brother, Frank. Throughout Millie’s long life, she never forgot the wise worth of her father, speaking with his Bohemian dialect: “You’ll never miss the sunshine ’til the shadows fall.” With age and experience, those words became very important to her, and she always wished that they could become a lesson for everyone.

Several years after the death of Rose, Joseph and Mildred relocated to California and Frank joined the Navy. Millie moved to Berkeley, where she became a governess for a family with two children.

Three years later, Millie purchased a Model T and joined her ailing father in Scales, Plumas County. Joseph was working for the New York Mining Company. The two shared a tent until the end of the fall season until they were able to rent a house. Millie recalled the necessity of exiting their house from the top story window, where the snow measured 12 feet in depth. From there they were able to traverse through the deep snow on their hand-made 9-foot longboard skis, to get wherever they needed to go.

“It was during the Great Depression,” Millie recalled. “I just never gave it a second thought. We had the beans without the bacon and never questioned our frugal lifestyle.”

Millie later married Frank Wieland, of Quincy. The couple had two children and lived in the small railroad town of Keddie, where they operated the local tavern. At age 44, then single and raising two children, Millie realized the importance of preparing for retirement.

She sold her business in order to attend a college in Sacramento. Upon graduating, she moved to Quincy and took a position with the Plumas County School District Millie happily worked as an audio visual technician and delivery person until she retired 20 years later.

When Millie wasn’t working or making her yard beautiful, she enjoyed her family, sewing, golfing, hunting, fishing, stacking cords of cut wood for her winter fires and baking for friends and neighbors. She was familiar with gold panning and enjoyed the many streams within Plumas County. Millie carried her six-shooter, sluice box, and pick and shovel. Over a period of time, she filled several vials with various sizes of gold flakes from her well-used gold pan. Millie was also a volunteer for 10 years with Hospice of the Foothills, at the Penn Valley store. Later in life, Millie’s favorite pastime was traveling to Reno with friends to play the penny slots. She celebrated her 103rd birthday at Feather Falls Casino.

Millie enjoyed traveling abroad as well as in the United States with her daughter and son-in-law. During her long and fruitful life, Millie made countless friends who readily recall her unforgettable charm, interesting stories, amazing attitude and her love of life. No matter what she was doing to fill her abundant days, she always did it with enthusiasm, happiness, love and laughter.

Millie was preceded in death by her brother, Frank Urban and her son, Ronald Wieland.

If you ever had the pleasure of meeting Millie, you were certain to have walked away with something very special and unforgettable. In 1941, Cedric Wright, a friend of Millie’s, wrote her a letter when she was leaving Berkeley. He expressed the sentiments, that we feel for Millie today: “The impression of you has really taken root and I have this tree for my garden.”

On Sept. 7, 2019, between 11 a.m. and 5 p.m., a Celebration of Life and casual barbecue will be held to honor Millie, at the Lake Wildwood Marina Recreation Room and patio. If you would like to attend, please e-mail Donna at: [email protected] or call to RSVP by Aug. 26. 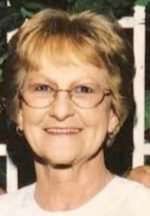 After battling a long-term illness, Carroll Jean Kennedy Wilson Doyle passed away peacefully surrounded by family on July 26, 2019, at the age of 80.

Carroll was born on July 2, 1939, in Quincy, to John L. Kennedy and Mildred Mae Anderson. Her stepfather, Aaron Kast, raised her since age 7.

Along with her parents, she is predeceased by her brothers, Jack, David and Bob Kennedy.

Carroll married Robert Doyle on June 20, 2015. They met at work and dated for 7 years before getting married. They said, “It’s a special feeling when you can marry your best friend.” Carroll was previously married to Dan Wilson for 18 years and the two remained close friends until her death.

Carroll worked at Thrifty Distribution Center for 14 years and Pfizer Pharmaceuticals for 8 years. She was a very giving person and donated to several local charities and community outreach programs. She donated her time, money, products and services to special needs individuals in the local community.

She was an avid San Francisco 49er and Giants fan and loved watching all sports. Her family will always remember her 49er shrine. She was the best cook and loved fishing and camping at Bucks Lake and even learned to water ski after she turned 50. The most important part of her life was her family. She was the rock of the family and loved planning all holidays and get-togethers.

The family would especially like to thank the staff at Northern Nevada Medical Center for their loving and compassionate care of Carroll and support to our family.

A celebration of life will be held in October at Bucks Lake. In lieu of flowers, the family requests donations be made to the Domestic Violence Resource Center in Reno, Nevada, and Goodwill Industries International, also in Reno, Nevada, two charities that she donated to throughout her life.

A family is a circle of love, not broken by a loss, but made stronger by the memories. We are forever blessed that God connected us to you.