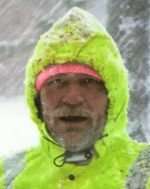 Dean worked at Copper Creek Camp in Greenville as a handy man. Dean loved the outdoors, spending time with all his family, woodcutting, fishing and his dirt bike.

Dean was with his partner of almost 12 years, Mary Leana Kendall.

He will be missed for all his kindness and helping others. He always made life brighter.

A Celebration of Life will be held Sept. 14 at 768 Williams Valley Road, Greenville, CA 95947. All are welcome. There will be a potluck after the service. 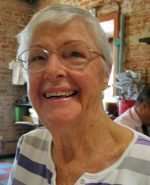 Born in the Bronx, New York, to Mildred (Miller) and George Grant in 1921, Gloria grew up during the Great Depression, frequent moves, and much laughter and love to make up for lack of funds. She sang on the radio in Manhattan and wanted to make a career in art and was known to do commercial fashion design sketches. The eldest of three girls, she left school early to go to work and help out her parents. She spent a career working retail positions, most notably at Hinshaw’s Department Store in Whittier for more than 25 years.

Towards the end of World War II she met and married Californian coast guardman on leave, Gerald Dean Hudson, and began a family of her own and after living in NYC and Smithtown moved to southeastern Los Angeles County — first to Montebello, then Pico Rivera, then Whittier where she lived for over 55 years before moving to Loyalton in 2017.

She was grandmother to former Loyalton residents and brothers Ryan, Dylan and Nathan Hughes.

As her large family spread to many different parts of the world, Gloria traveled to see them with trips to Germany, China, the American Southwest, the expansive coast of California, Wisconsin and always her beloved New York.

She is perhaps best known for her loving support, kindness and gentleness towards all who walked through her doors. A natural born hostess, she was known to feed and listen to children from all walks of life and had dozens of “unofficial” children and grandchildren who adored her and brought their children to meet her as well.

She was known for being accepting and ahead of her time — and cared very little about what other people thought. Her personality and voice never lost its Bronx beginnings or sarcasm either.

She was an avid fan of opera, musical theatre and all performing arts, as well as good books, singing, artwork and museums. She loved walking in the Huntington gardens and the Norton Simon and had a life-long love and appreciation for the ocean and the beach.

Since moving to Loyalton, she’s been in the audience for most West End Theatre, Pachuca Productions and Indian Valley Academy productions.

Most of all she loved children — hers and others and supporting them in their own artistic and academic achievements.

Lastly, she was the Dodgers number one fan.

Gloria requested no services or prayers but those who feel moved to do so might consider donations to organizations that help children.

Fred Blackwell Neville passed away at 88 on Aug. 21, 2019. Born in Philadelphia, Pennsylvania, he moved frequently as an army brat until his family settled in San Francisco. His life ended quietly in his sleep at Lake Almanor, his heaven on earth.

Fred served in the United States Army in the footsteps of his father. He later found his career at the San Francisco Police Department. He served as a motorcycle officer, member of the bomb squad and retired after 25 years as a sergeant.

Fred is survived by his devoted wife and constant companion, Joann Neville; loving daughter, Debra and her husband Paul; grandsons Cameron, Michael, Jeffrey and their wives Colleen, Vanessa and Joelle; as well as great-grandchildren, Gavin, Caitlin Brody, Aliya and Claire.

He will be missed but always in our hearts. 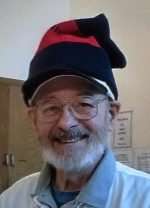 Dana John Smith (The Chef), 72, passed away peacefully on April 24, 2019. His loving wife and best friend, Carol, of 47 years was at his side. He died of complications of prostate cancer.

He was born in Pittsburg, Pennsylvania. Dana served in the military and was a paratrooper in the 82nd Army Airborne Division.

Dana and Carol met in Berkeley in the early 70s. He was a woodworker and craftsman. Together they created their first and one of many “Lifestyle Businesses.” They were creating custom furniture and art sculptures from used and re-claimed wood. They were members of the Berkeley Art Festival Guild and participated in all of the local art and craft shows. They also did remodeling and construction. Dana coined the word “carpentress” and took pride in saying Carol was the first carpentress in Berkeley.

After leaving Berkeley in the late 70s, they took on major rehabs on problem apartment and condominium properties, from Orange County, Los Angeles, Houston, Texas and Reno, Nevada. Dana loved the challenge of upgrading the properties and with his creative talents and Carol’s managerial skills they were very successful.

Dana’s creativity was relentless and he was always taking on woodworking projects. He built a pole barn on their property in Cold Springs, Nevada, and after selling it they were able to make the move up to Plumas County in 2003. That’s when Dana started “Cowboy Cabinland” and custom designed and built a total of four Cowboy Cabins out of all recycled wood.

As time went on he started creating one-of-a-kind and limited edition jewelry out of recycled materials. It was quite a change from working with large pieces of wood.

In 2010 Dana and Carol enrolled in the Culinary Arts Program at FRC. They wanted to open their own mom-and-pop neighborhood bakery. As part of his entrepreneur and restaurant management classes he was to research available locations. Unfortunately there was nothing suitable budget wise and location. However, in January 2013 a new law passed in California, AB-1616, allowing for cottage industry home kitchen baking and permitted by Plumas County Environmental Health.

So in 2013 they both graduated with their certificates. In July 2013 the started their home kitchen bakery called “We Bake 4 U.” Carol continues to keep this going and feels blessed to be in this community that supports her baked goods all over town.

There will be a celebration of Dana’s life at the Quincy United Methodist Church on Jackson St., Saturday, Sept. 21, at 1 p.m. with refreshments following in Fellowship Hall.