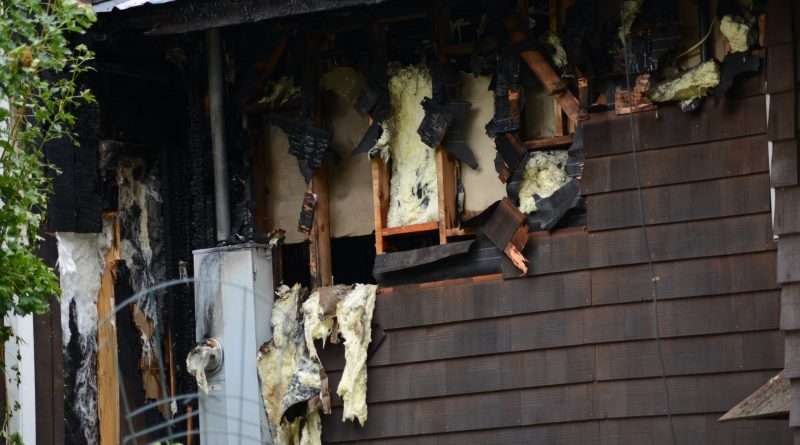 This house in Quincy took a hit from the lightning that lit up the area last night. Quincy, Meadow Valley and Long Valley fire departments responded to the fire that ensued. Photo by Victoria Metcalf
News
September 19, 2019September 20, 2019 Editor

The storm that moved through Plumas County last night brought numerous lightning strikes to Quincy and hit several areas including a home on Bresciani Circle, the transformer at Quincy High School and a wellhouse at Wilburn Construction.

Students reported to school this morning with no power. Plumas Unified School District Superintendent Terry Oestreich said the district anticipated having the power restored this morning, but instead, power will not be restored until later this afternoon because a transformer shipment is taking longer than anticipated. Oestreich said the decision as to whether to close the school had to be made early this morning and at that time the district was anticipating power to be restored by 10:30 a.m. She said they considered lighting and heat in making the decision and thought both would be adequate for students.

Highway 70 through the Feather River Canyon was also closed overnight due to a mudslide, but is now reopened.