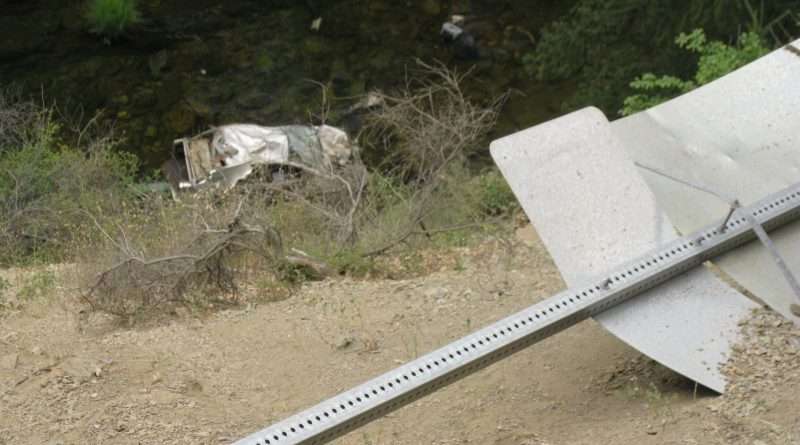 Update: Dr. Ben Hunt reports that his wife, Dr. Ali Hunt, appears to have escaped the accident with a fractured rib. She is being evaluated further at Enloe Medical Center in Chico.

An observant truck driver noticed dust on the south side of the Feather River Canyon as he was eastbound on Highway 70 about 1 mile east of the Greenville Wye this afternoon. After calling in the information around 2:30 p.m. , a vehicle driven by Dr. Alexandra “Ali” Hunt of Quincy was discovered about 600 feet off the south side of the highway down a steep embankment. When first responders arrived, Hunt was out of the vehicle, but not visible from the roadway. She verbally responded to the CHP officer first on scene. It took rescuers approximately 90 minutes to bring her up out of the canyon. According to the CHP, Hunt suffered major injuries and was flown out of the area for treatment. Hunt was the sole occupant of the vehicle. A CHP officer was also injured during the rescue effort.