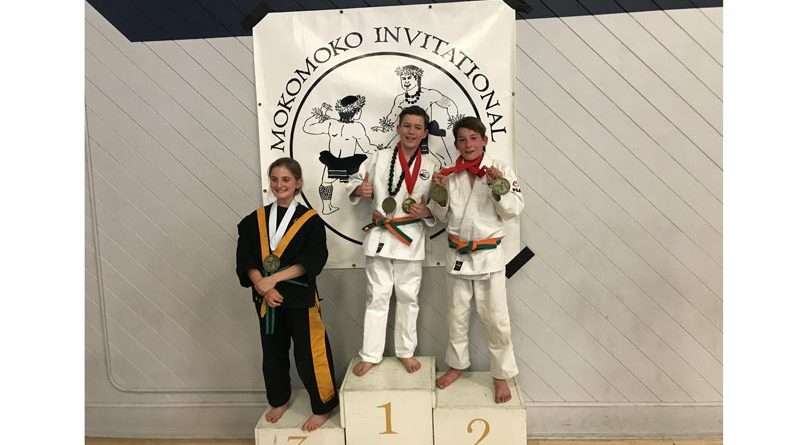 Overall the tournament drew more than 250 competitors. The Dojo had some students competing in both sumo and grappling sections, while others only competed in grappling.

The Dojo walked away with eight medals, including four first-place finishes, four second-place finishes, and a fourth-place finish.The dojo instructors are extremely proud of the students and their achievements.

In one case, a student agreed to challenge a weight division well above her weight — she did an amazing job and took fourth place.

For more information, contact Sensei Harry Burleson at 624-2428 or by email at [email protected]

The next event will be a tournament at the Indian Valley Community Center in Greenville this Saturday, April 6, beginning 10 a.m.