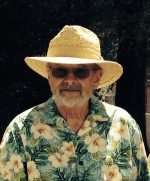 Michael (Mike) Ervin Belot passed peacefully on Thursday, October 1, 2020, after a brief but intense battle with cancer. He passed at his home in Angels Camp, CA, his beloved Min Pin Mac by his side.  He was 73 years old.

Mike was born in Milwaukee, WI on December 16, 1946 to parents Ervin and Marion (Weidner) Belot. He was the oldest of 6 siblings – Susan; twins, Thomas and Timothy; Patricia; and William.  He spent the first four years of his life in Milwaukee until the family relocated to Norwalk, CA.  There, Mike attended St. Pius X Elementary School until the 8thgrade. He was an altar boy at St. Pius along with his brothers.  He went on to Santa Fe High School in Santa Fe Springs, CA, graduating in 1965.  After completing high school, he attended Cerritos College in Norwalk and Orange Coast Community College in Costa Mesa, CA.

Mike served in the US Navy during the Vietnam War, enlisting in February 1967.  He became a corpsman after extensive medical training at the U S Naval Hospital in San Diego and other naval hospitals and bases around the country.  He was assigned for a time to a unit of Marines as a medic (the Marine Corp did not have their own medics but instead utilized Navy medics.)  He also had other medical assignments during his service, including serving for almost a year at a Naval hospital in Japan.  He received his Honorable Discharge in October 1970.

After his military service, Mike chose a civilian career as a respiratory therapist.  He worked at various medical facilities in the state of Washington until 1977, when he moved to Quincy, CA. He took a position at Plumas District Hospital where he met his future wife, Carol Pricer Dupont, an RN also working at PDH. The two enjoyed traveling together, and though they had planned to marry eventually, they spontaneously eloped while on a camping trip and were married in Arcata, CA in 1979.

In 1987 Mike and Carol moved to Ukiah, CA where they both worked for Ukiah Valley Medical Center. Carol was working in the Labor and Delivery Unit when a beautiful newborn baby girl came up for adoption. Mike and Carol adopted her and became the loving parents of Shaina Marie Belot in 1988.

The family of three moved back to the Quincy area in 1990 and Mike took a job with a medical registry service that unfortunately took him away from home for long periods of time. So, after 20-plus years in the medical field, he changed careers in order to spend more time with his family, becoming a truck driver. After driving for several companies including Sierra Pacific Industries, he finally settled into his favorite position as a bus driver with the Plumas Unified School District. Mike absolutely loved driving the school bus, signing up to drive for all available sports events in addition to his regular daily route. He retired from driving in 2010.

Though Mike and Carol divorced in the early 90’s, they remained the best of friends, living together for most of the years from the time of their divorce until his passing. They spent many wonderful years with Shaina (Daddy’s little “Peanut”) in Meadow Valley. Tragically, they lost their precious daughter in a car accident in October of 2005 when she was only 17 years old, and just shy of her early high school graduation in December.

Mike had a close relationship with his mother-in-law, Barbara Pricer. When she became unable to continue to live alone, Carol and her sister Kathy arranged to have her live with each of them alternately for six months at a time.  At that time Carol had just taken a job as a school nurse in Angels Camp, and commuted home to Meadow Valley every other weekend. “Gramma,” as she was known from the time Shaina joined the family, actually stayed in Meadow Valley with Mike for six months of each year for several years. Eventually Mike joined Carol in Angels Camp after his retirement and continued to be involved in Gramma’s care. All told, Mike spent nine years devotedly helping to care for and provide companionship to Gramma for six months of every year.

Carol and Mike continued to share their love of short-trip travels as well as their devoted and delightful love of their pets, Min Pins Mac and Minnie. Mike enjoyed playing golf and bowling. Before moving to Angels Camp, he spent a lot of time with his trained cutting horse, Martha. He was so dedicated to learning how to work with Martha that he trailered her twice per week to Reno, NV to take cutting lessons. Mike was an avid military history buff, reading books and watching many movies on the subject, especially those about the Vietnam War. He was also a big John Wayne fan and watched all his movies.

Mike is survived by his companion-caregiver-best friend, Carol Belot; his siblings Susan and husband Roger Stam, Tom and wife Jo, and Bill and wife Kim; and his ever-present besties, Mac and Minnie. He was predeceased by his daughter Shaina, his parents, sister Patty Belot Slajer, and brother Tim.

Arrangements are being handled by Angels Memorial Chapel in Angels Camp, CA, with a private inurnment to take place in the Meadow Valley Cemetery at a later date, where he will rest in peace beside his beloved Shaina. In lieu of flowers, donations to Silver Paw Ranch,a facility that trains rescue dogs as service animals for wounded veterans in need (known as K-9 Battle Buddies), would be sincerely appreciated (silverpawranch.net).