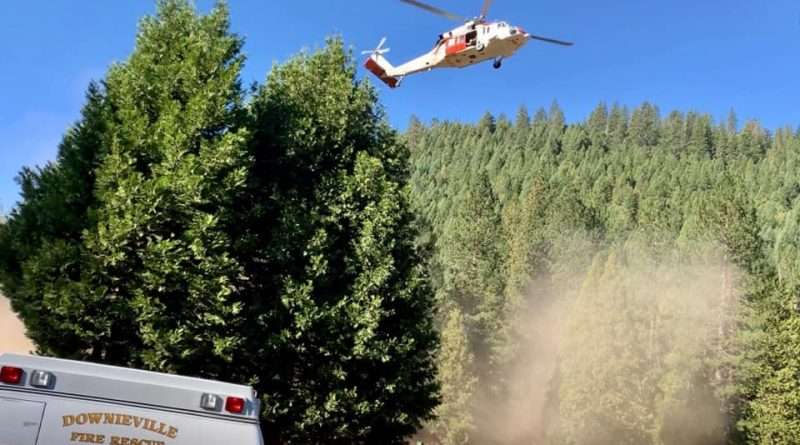 Sunday afternoon, Nov. 1, the Sierra County Sheriff’s Office received a report of “a mountain biker going over the cliff” about half a mile above the bridge crossing Pauley Creek.

The mountain biker, Alejandro Lugo of Florida, had been biking on Butcher Trail east of Downieville.

In response, the Sheriff’s Office, along with members of the Downieville and Sierra City fire departments assembled their rescue equipment and off-road vehicles and headed towards Pauley Creek to locate and rescue the mountain biker.

A California Highway Patrol helicopter was also dispatched to assist with the search. Given the remote and steep terrain where the incident occurred, the Nevada County Sheriff’s Search and Rescue ropes and motorcycle teams were called in to assist in locating the missing mountain biker.

Close to 13 hours after the search began, at approximately 3 a.m., a member of the rope team saw the individual, but due to the steep, rock cliff face, the rescuers were not able to safely reach the unresponsive accident victim and rescue efforts were suspended for the night.

At approximately 9:30 a.m., team members with the rescue helicopter, were finally able to reach the rock at the bottom of the ravine where the biker had landed and successfully hoisted him into the helicopter. Lugo had succumbed to his injuries.