5:45 p.m. update: The Plumas County Sheriff is lifting the voluntary evacuation (precautionary warning) in the Feather River Canyon effective at 6 p.m. and the Red Cross Center in Quincy will be closed. The Forest Service is transitioning to a Northern California Team 2, which brings in assistance for the local team and allows the Plumas National Forest to be prepared for any other events that may occur.

The Murphy Fire was reported in the early hours of Tuesday, Aug. 7,  north of the Rock Creek Dam along Highway 70.

The fire remains north/northwest of the highway and has been holding at approximately 100 acres. According to the Forest Service: “Typical to fires in this area, there are occasional flare-ups, short runs, rollout, and what firefighters call “skunking” around. The air inversion has kept a lid on things (quieted it down) but has also lessened visibility for aircraft. Expect similar fire activity today.”

Air attack, via tankers with retardant and helicopters dropping water, fought the fire yesterday and were back in the air today.

A fire camp has been established at Gansner Bar campground along Caribou Road. North Fork and Queen Lily Campgrounds (just up the road) are under the same precautionary warning (voluntary evacuation) as the immediate area. Yesterday afternoon, Sheriff Greg Hagwood issued a voluntary evacuation for the areas of Belden, Maggie’s Maple Leaf and Little Haven. The Red Cross opened an evacuation shelter at the Veterans Hall at 247 Lawrence St. to accommodate evacuees.


Highway 70, though closed for a time last evening, is open with controlled traffic. The closures were due to rolling rocks and debris. Officials caution that it could close again if conditions warrant such action.

The Pacific Crest Trail is closed from Belden to Highway 36 as are smaller trails in the immediate vicinity of the fire including, Chambers Creek, Yellow Creek, Ben Lomond and Indian Springs.

Our fire reporter, Victoria Metcalf, who toured the fire area yesterday said there were a number of vehicles from the Forest Service, CalFire, and BLM in the area as well as other first responders.

A music festival is set for this weekend in Belden and a number of individuals have asked if it will go on as scheduled. As of this morning, Sheriff Greg Hagwood said no decision had been made.

You can have breakfast with Santa 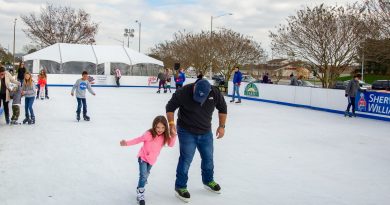 By Gregg Scott Staff Writer Anyone who attended the Chester Community Tree lighting at Chester Park on Nov. 25 already…