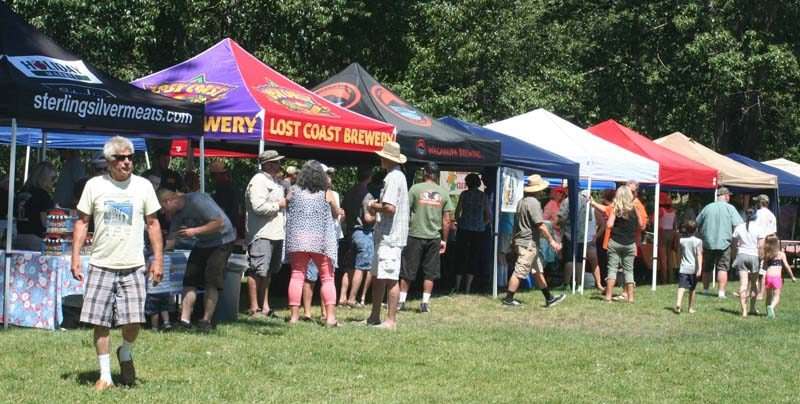 Free musical offerings and a microbrew tasting attracted a sizeable crowd to the “A Few Brews & A Banjo” family event held June 24 at Chester Park. It was a beautiful clear day, but hot, too.

Every year, beer lovers attend the popular revelry to spend a few hours in the sun with friends while downing ice-cold lagers and ales from a variety of vendors.

Event organizer Jeff Bryant gave special thanks to John Brown from Alpine Distributing, and Randy Ridgway of Blach Distributing Co. out of Susanville, for helping to secure a significant amount of the beer donations.

Holiday Market provided food samplings as well, and were instrumental in the event’s success, said Bryant, adding that everyone who came to the event seemed to be having a great time.

Adults and kids alike enjoyed impromptu dancing in front of the stage during the performances.

The event is staffed by community volunteers, who help with setting up tents, beer serving, cleanup and all other aspects of the event.

Bryant said he was also grateful to the sponsors, Holiday Market and manager Emily Rice and Tim O’Brien of Coldwell Banker Kehr/O’Brien Real Estate, for their significant contributions to make A Few Brews & A Banjo a huge success.