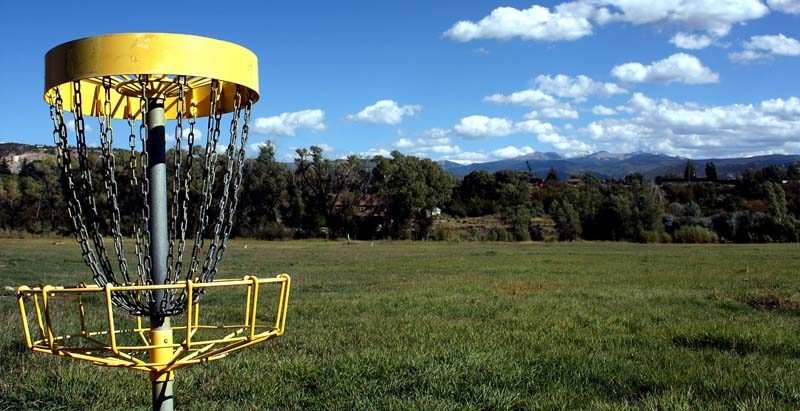 Pickleball is up and ready to go on the Feather River College basketball courts. The new activity was put in place by Central Plumas Recreation and Park District in late April. Anyone interested in giving the game a try can stop by the district office on Fairgrounds Road to pay the $10 fee for two hours of use and check out the equipment.

“As a golfer I thought, nah, but then I played and I was shockingly surprised,” said CPRPD General Manager James Shipp.

Strides have been made toward an idea to construct a disc golf course between Pioneer Park and the fairgrounds after receiving an “OK” from Fairgrounds Manager John Steffanic.

The project is intended to provide a new outdoor attraction free of charge to the community.

The 9-hole course is still in the planning stage, but implementation was discussed at the April 25 CPRPD board meeting to possibly occur by early summer.

Stone is originally from Carson City, but after receiving his education, settled in Quincy with his wife, Jessica Beatty, and their brand new family member.

“Kyle plays in all the current programs,” said Shipp, who worked with Stone previously at Plumas Pines.

Shipp reported the district received many other good local applications for the position, but said he thinks Stone will be an “awesome” fit for the district. Stone started work for the recreation department May 1 and continues to teach a few days a week at Feather River College.

The district received special recognition for safety and will be presented with the Ted Winslow Safety Award on May 19.

There will be a $5 fee increase for two programs at the district this year. Adult basketball fee is now $30 instead of $25 and summer tennis is now $45 instead of $40.

A “Custom Swim Lesson” has been added to the offerings from the district. For those who are unable to make use of the offered times or specifications for private swim lessons, the district is now able to make reasonable accommodations to ensure a lesson can be designed to fit a wider range of needs.

A new charge of $15 will appear on this year’s fees schedule to be applied to late registrations for youth soccer and youth basketball. Finding additional coaches or reorganizing teams after the start date adds expense and disrupts the program for the children. If possible, staff would much prefer that registrations for those team sport programs arrive on time.