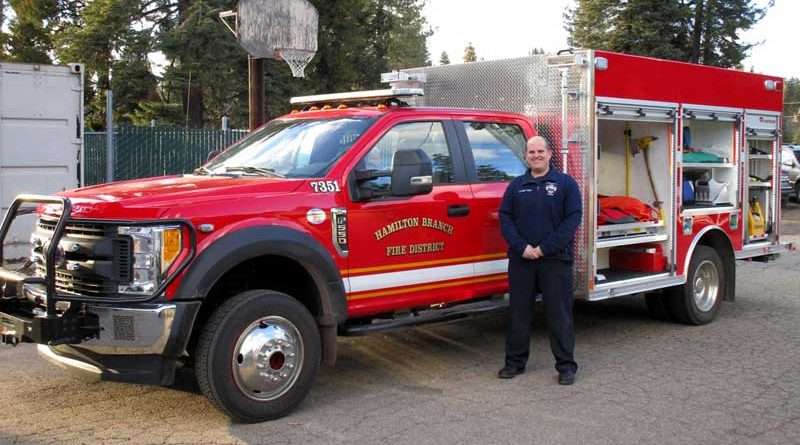 As members of the board and local residents arrived for the Feb. 14 meeting of the Hamilton Branch Fire District meeting, a shiny new Rescue Squad truck sitting outside the fire station greeted them.

During the meeting, Fire Chief Gary Pini told the board that with only two responses from the station since the early part of January, the firefighters have had ample time for learning the new technology available with the new unit.

One area that seems to please everyone is the extra large storage capacity in the truck.

When all of the rescue equipment carried by the previous truck, including the large volume of rough terrain extraction equipment purchased by the Fire Belles, was relocated to the new unit they found there was still space left over.

After taking care of the normal business agenda and talking about possible future station activities, the board voted to declare the old rescue unit surplus and directed Chief Pini to put the truck up for bid.