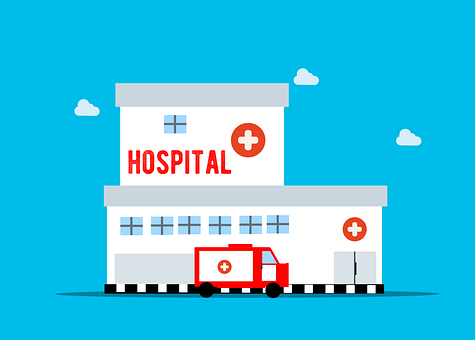 A new skilled nursing facility and hospital could be in the future for Quincy area residents — but it won’t come cheap. Numbers of $30 million for skilled nursing and $50 million for a new hospital were thrown out during a special Plumas District Hospital board meeting Oct. 14, but those figures are just rough estimates.

While neighboring Eastern Plumas and Seneca health care districts already having skilled nursing facilities, they too are facing the state of California’s 2030 deadline for all hospitals to be able to withstand an 8.0 earthquake.

Board Chairman Bill Wickman asked for the special meeting, which followed the board’s regular monthly meeting because “we are moving into a time when we have two large investments” facing the hospital district.

Wickman said the matter became more urgent when “we saw that we weren’t getting any relief on the earthquake standards.” It had been hoped that the state legislature would once again delay the implementation of the seismic requirements, but there is no indication that will happen.

“What are our options?” Wickman asked. “I don’t think we can go out to the community for two campaigns. We could go for another bond.”

A community campaign was used when the hospital bought a new ambulance, but these projects are at an entirely different level.

“It would make sense to pursue a bond initiative for rebuilding the hospital,” Director Andrew Ryback said. “ The SNF could be a capital campaign.” A bond would need to be put on the ballot and voted on by registered voters in the healthcare district.

And building isn’t the only issue. While the hospital has land to site a skilled nursing facility, it doesn’t have space for the hospital. “We’ve got to find adjacent property,” Wickman said. “And there are also floodplain issues.”

Given his recent experience on working on building the skilled nursing facillity, Beatty said, “I’m concerned that if we don’t start soon, we won’t have a hospital in Quincy. I don’t want to bet the future of this community on staring the state down.” He recommended trying to procure the property directly south of the planned skilled nursing facility so there would be opportunity to connect the buildings in the future.

In planning for that eventuality, several interim steps would need to be taken. For example, the existing dental clinic (located across the street from the hospital in the vicinity of the planned skilled nursing facility) would need to be moved. And there are existing space constraints in both clinic buildings as well as in the administration building.

“The district is facing within the next nine years some really big undertakings of projects, without fully understanding how we can do it all,” Beatty said.

Wickman asked Board members John Kimmel and Valerie Flanigan to form a subcommittee to work on the bond issue since they were present for the last bond measure that the community voted for to help the hospital. Board member Guy McNett and Wickman are working on the capital campaign for the skilled nursing facility.

Chief Executive Officer JoDee Read said, “The other two hospitals are trying to do the same thing we are. That’s another angle we need to look at.”

“How can we work together?” Wickman asked and then suggested that the three hospital CEOs meet to discuss options.

Board member McNett asked how the state would respond to a system collapse if hospitals had to close.

“The overwhelming consensus is that there is plenty of money to do this,” Beatty responded.  “The problem we are caught up in is the one-size-fits-all.” He said that there is no real assessment of risk, but if there were, the state should be concerned that local hospitals be hardened to protect them from the very real threat of fire, rather than earthquakes.

Kimmel said the reality is that “it’s a huge amount of money” and there are few community members to support such an effort. “The school district has taken a big piece of the pie with its bond,” he said.